The motion poster of upcoming ZEE5 original series Kaafir released today. Here's what it's lead actress Dia Mirza had to say about the development. 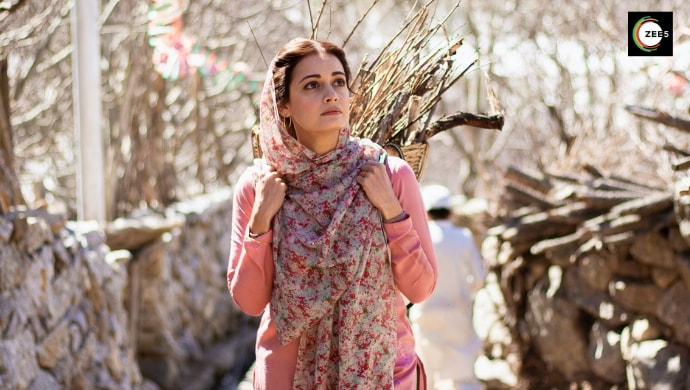 Dia Mirza is all set to make her digital debut with upcoming ZEE5 original series Kaafir. The motion poster of the web drama was released today. Clad in a pink and grey salwar-suit with a floral dupatta around her neck, Dia can be seen carrying a stack of wooden twigs on her back. Kaafir, which translates to a non-believer in Hindi, also features Uri: The Surgical Strike actor Mohit Raina.

Check out the motion poster of Kaafir here:

Commenting on the motion poster and sharing her excitement, Dia exclusively told us, “Kaafir is my heart. Some very very special people have come together tell this special story.” Kaafir shall see Dia as Kainaaz. Sharing her look in the role, the Love Breakups Zindagi star had described the journey as, “incredible experience… Her truth is now my truth.”

The forthcoming series has been shot at real locations in Himachal Pradesh and parts of it in Mumbai too. Although not much is known about digital drama or Dia’s role, we can tell you that she will be seen playing a mother to a beautiful baby girl. On the occasion of Mother’s Day 2019, Dia had shared a picture with her little one. Check it out here:

“Sometimes the strength of motherhood is greater than natural laws.” Kainaaz is a mother. #Kaafir #ComingSoon #BTS #MothersDay

Talking about her preparation for the role of Kainaaz, Dia earlier told a news agency, “A workshop is an intense study, an exploration of the character one is playing. For me, personally, getting to know the character is extremely important. The process of discovering the person one is playing is exciting.

She further added in her statement, “Working with Atul was a unique and wonderful experience. This is the most challenging part I have ever played and I feel so lucky to be a part of a story that is based on true events.”

Are you excited to watch Dia make her digital debut with Kaafir? Show some love for the actress in the comments box below.

Nia Sharma To Star In The Digital Spin-Off Series Of Jamai Raja Show? Details Inside