Rohan Ghosh talks about writing and directing Kaali 2 with his friend Aritra Sen and shooting every scene in both Hindi and Bengali. 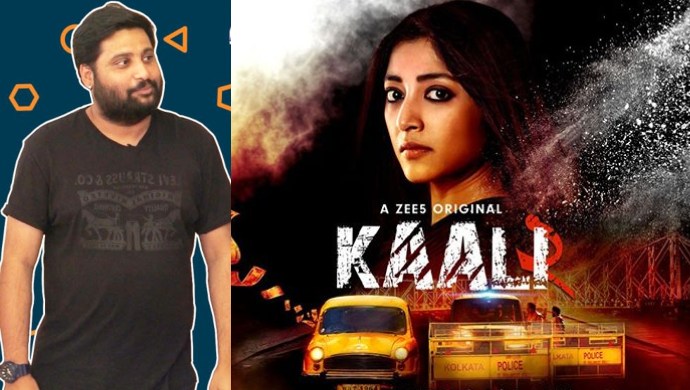 Rohan Ghosh was one of the co-writers in the first season of Kaali with his partner Aritra Sen. Together they directed the upcoming second season of the show. In an exclusive interview with us, he spoke about how Bong Joon Ho inspired him as a filmmaker and why Kaali 2 is in his words ‘Bigger, Badder and Darker’.

Watch the trailer of Kaali 2 here.

How does Kaali 2 take the story forward?

The first season of Kaali was directed by my partner Aritra Sen. And Kaali 2 I wrote along with a couple of other writers. For us, the challenge was very clear. In the first season, Kaali had to save her son’s life and the time she had was one night. It was very personal and she was leading the audience to every scene. This time one of the challenges was shooting in Hindi. Because the dubbed versions of the first season ended up doing really well. We wrote this season keeping in mind the national audience and making sure anyone who has not seen season one also understands the second season without any problem.

Kaali was one of the most popular shows did you feel the pressure to better the show?

It was a great honour to be given the best regional series on ZEE5. The credit for that goes to my partner Aritra. So there is pressure but with that comes the chance to show what you can really do. I am glad that we had the complete support of ZEE5. We could go out and cast some wonderful actors like Chandan Roy Sanyal, Abhishek Banerjee, and Vidya Malavade. So I am quietly confident that this season will do great.”

What did you change to make the second season stand out from the first season?

It’s bigger in scale. If the first season was the story of one locality, this time it is the story of an entire city. This time there are four big characters along with Kaali herself. Another thing about Kaali, even in the first season, is that we don’t judge anyone for their actions. We are only telling their story. Every person has their good side and bad side, and we’ve shown it much better this time because we have better actors like Chandan and Abhishek.

How was the experience shooting in two languages?

I remember I was watching the Golden Globe Awards, and Bong Joon Ho said this wonderful thing when he won the award for Parasite. He said, “Once you overcome the one-inch-tall barrier of subtitles, you will be introduced to many more amazing films.” That really inspired me as a filmmaker. I am from Kolkata, but I have been born and brought up outside Kolkata so my Hindi is good. But a lot of times good Bengali content is ignored because of the language barrier. I’m happy that ZEE5 allowed us to make this show reach a bigger audience.

To answer your question, yes it was a big challenge shooting every scene in two languages, our 40-day schedule became 70 days. But I told the actors that if we look at it as two languages, then it will not work. We should just look at it as two extra takes for every shot. And apart from Vidya (Malavade), everyone else has lines in Bengali. They really took it on well. In fact they all have Bengali names so even if they were not fluent in Bengali they made sure to learn it properly because people will see their name and be surprised that they don’t speak good Bengali.

According to you, what are the three reasons why people should definitely watch Kaali 2?