Kanika tells us candidly, "I am the most happening mother-in-law on Zee TV, the youngest too. Main swag wali saas hoon!" 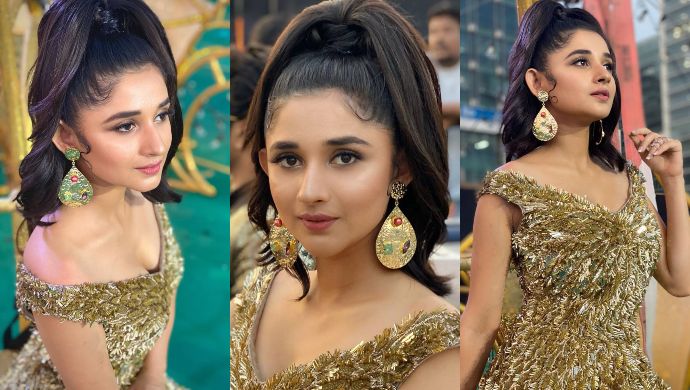 Kanika Mann se ho gaya! The actress who plays the female lead character Guddan on Zee TV show Guddan Tumse Na Ho Payega is known to wear her heart on her sleeve. In an exclusive interview earlier, Kanika revealed that she idolizes Kumkum Bhagya actress Sriti Jha. At the recently concluded Zee Rishtey Awards 2019, Kanika beat her idol Sriti to bag the Favourite Female trophy. Soon after the victory, we got in touch with Kanika aka Guddan and asked her about the big win and latest plot twists on the daily soap. Read edited excerpts from the conversation below.

1. How does it feel to have bagged top honours at Zee Rishtey Awards?

To be honest, I can’t believe it. Admittedly, I did have a feeling that I’d win the Best Saas Award. Because, I am the most happening mother-in-law on Zee TV, the youngest too. It’s okay, others can be jealous (chuckles). Main hoon swag wali saas, I feel deserve it. However, the Favourite Female and Favourite Show one, I did have expectations but I was surprised too. I beat Sriti Jha, who is my idol, I can’t believe it. I was stunned too and never thought I’d win because the competition was really tough.

The biggest twist was AJ and Antara’s daughter Alisha entering the show. Guddan knew AJ had a wife before her, but an 18-year-old daughter was a shocking twist. Especially because Guddan is 21 and now she has become a step-mother to a teenager. I was scared how the audience would react because I am myself quite young and I play mother to a girl who is nearly my age. I thought what if people start associating me with the mother’s character. But at the same time, it is also true that it all is a part of acting. Whether you play a mother, a wife, a daughter, it doesn’t really matter.

3. Which is the best compliment you have received for playing Guddan?

A make-up artist once told me that her family members really love me for my voice. Then I checked and found out that there are people who genuinely like my voice. Generally, people appreciate expressions, acting, etc. I am not a singer so getting praised for my voice was something unusual. So, I guess that has been the biggest compliment I have received so far. People tell me I talk in a certain way on the show, but honestly I don’t even realize what I do differently.

Raise Your Glasses To The Performers On ZEE5’s First Live Comedy Original,…

Never Kiss Your Best Friend: All You Need To Know About Sumer And Tanie's Love Story