When asked about stepping into Dheeraj's shoes on DID 7, Karan told a portal, "Dheeraj and I are old friends, and in fact, we are neighbours." 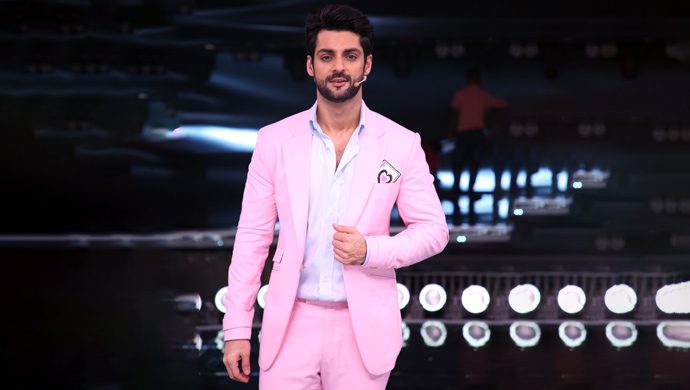 Dheeraj Dhoopar was pretty kicked about hosting Dance India Dance: Battle of the Champions. However, a couple of days before the Zee TV dance-based reality show went on the air, he exited. Known for playing Karan Luthra on Kundali Bhagya, Dheeraj cited time constraints as the reason for him leaving DID. Later, Karan Wahi was roped in to step into his shoes. Notably, it is Karan’s second stint with Dance India Dance since he earlier hosted the Super Moms show from the same franchise. Recently, he opened up about replacing Dheeraj, having Kareena Kapoor Khan as the celebrity judge on Dance India Dance 7 and more.

“After a long time, I am back with a full season reality show lasting 12-13 weeks. This time around, the channel and production house have made a number of fun changes to the proceedings. Their prior approaches were more serious,” Karan revealed to an entertainment news portal. He further added, “Many worry a lot about talent show judges. In that vein, having a whole new panel this time around has brought freshness to the brand. It also raises the bar, for, to anchor, I really need to do my homework.”

Speaking about the judges he said, “Luckily for me, I have known Bosco Martis and Raftaar for a long time, and that has made my job easier. Kareena Kapoor Khan is class personified. Also, for the first time we are seeing the humane side of her on-screen, this being her tv debut.” He went on, “Last but not the least, you will continue to see oh my God levels of talent. This always happens when you have professionals competing for top dog honours.”

When asked about replacing Dheeraj, Karan said, “I will not want to comment on what and why, as that’s our personal thought process. Having said that, many times makers feel that a particular artist is not giving his best. It has happened to me as well. Dheeraj and I are old friends, and in fact, we are neighbours.”

Delving deeper into the anchoring scene on television, Karan told the portal, “One of the best things to have happened of late is that makers are finally beginning to give anchors their due, which was not the case before. We just do not mouth lines, but rather hold fort, being the link between the contestants, judges and audiences.While any anchor can’t go beyond the above important duty, how you reinvent yourself, adding value to the show is what separates the grain from the chaff.”

What are your thoughts about Karan’s stint on Dance India Dance 7? Tell us in the comments box below.

Janmashtami Spl: 8 Animated Movies Of Krishna To Watch With Your Kids On Dahi Handi Day