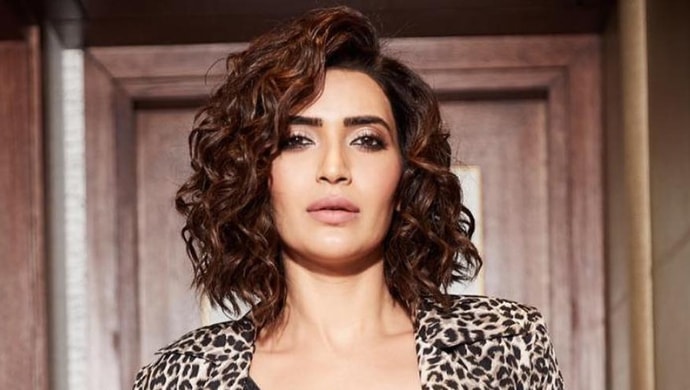 Television actresses Karishma Tanna and Anita Hassanandani were the latest celebrity guests on A Table for Two. Hosted by Ira Dubey, the show brings out the best of the television world, in combination with juicy secrets being spilled out. During her appearance, Karishma was asked about her alleged ex-boyfriends Upen Patel and Rushabh Choksi. When asked to swipe left or right, Karishma quickly responded left to both.

Karishma was also asked what her reply would be if Upen proposes to her again, “It was lovely knowing you,” she answered with a smile. However, Karishma is “single and ready to mingle,” she revealed. Prod her what kind of guy she’d love to date, the star said, “A good human being who can take care of me and my mother. He should be nice and compatible.”

However, looks are important for her too. “He cannot be a petu (one who has a pot belly),” asserted Karishma. If at all the guy becomes a petu, she will make his work out and lose it all. Karishma also revealed that she is attracted to Bollywood superstar Salman Khan. Nonetheless, she feels she’d make a good onscreen pair opposite Hrithik Roshan. Of course, the Greek God looks and Karishma’s svelte figure and the acting finesse, we approve!

Normal is boring!!😉 True that my insta fam??

But, if asked to pick between marrying an NRI, a millionaire industrialist, a Bollywood actor or a powerful politician, guess who Karishma chooses? Find out in the full episode of A Table for Two on ZEE5 now!