In today's episode, Karan follows Tipsy and Anadnan's car only get robbed and stranded. On the road, Karan proposes to Tipsy and asks for her reply! 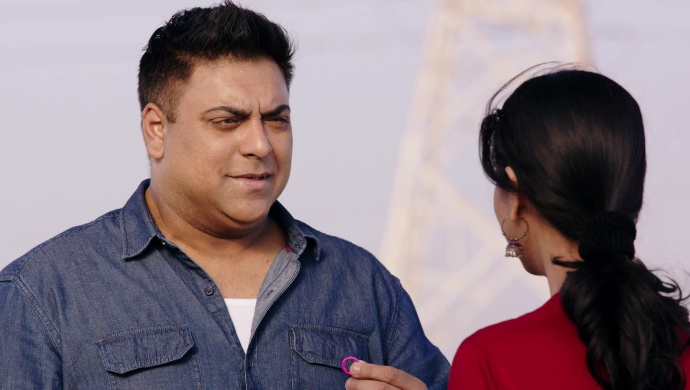 In the previous episode, Tipsy goes on a date with her childhood friend Anandan and Karan feels jealous. The latter then learns from Radhika that Trisha wants to call off her wedding with Rohan because she doesn’t love her. When Tipsy meets Karan in a drunken state, he takes her away and returns the ring. Later, Tipsy packs her bags to go back to Mumbai.

In today’s episode, after Tipsy leaves for Mumbai, Karan starts drinking and vents to his best friend Vishal. When Tipsy and Anandan are in their car, the former seems lost and disturbed. On being asked, she starts crying and says that she didn’t want to run away from the situation. Radhika gets a call informing that Prabuddha never went to Mumbai and is missing. Trisha gets extremely worried.

When Tipsy and Anandan are followed by Karan, both of their cars are stopped by robbers on the road. One after the other, they are taken to an unknown, barren land where Tipsy and Karan face each other. They banter about not being able to leave each other alone. Fed up by their stupid quarrel, the robbers abandon them in the middle of the highway. When Tipsy looks upset, Karan asks her to smile.

Karan expresses his feelings to Tipsy saying that he always loved her and makes a heart sign with his hands. Tipsy tears up and confesses to Karan that she hated him initially, but now, she is unsure about how she feels. Suddenly, when Karan is proposing to Tipsy, Vishal arrives in his car to rush them to the hospital. Upon reaching the hospital, Trisha hugs Karan and cries profusely. The nurse then reveals that Prabuddha is dead! Then, Karan and Tipsy walk in opposite directions with their minds.

Will Tipsy respond to Karan’s proposal? To know more, watch all the episodes of Karrle Tu Bhi Mohabbat, streaming only on ZEE5!

Vikrant Massey Bday Special: 5 Love Lessons The Actor Taught Us In Broken But…