In today's episode, Tipsy has started fresh in Austria but Sherry calls her back to India urgently. Karan and Sherry seem to be getting married! 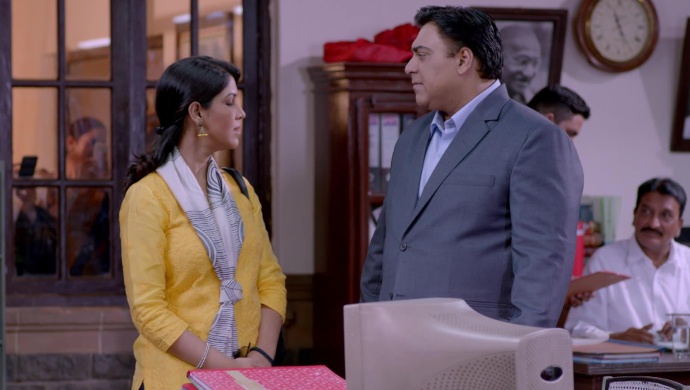 In the previous season, Karan expresses his love for Tipsy by proposing to her with a plastic ring. But they part ways due to unfavourable circumstances like Prabuddha’s death and Trisha’s mental disturbance. Karan and Tipsy walk in opposite directions with unrequited love in their hearts and a rising storm in their minds. Tipsy cries and decides to leave India!

In today’s episode, Tipsy has been living in Vienna, Austria for 3 months. She had decided to start a new life, leaving her past behind. At a dance club, she is seen drinking wine and playing her favourite jazz music. When a random man asks her out on a date, she shows him the plastic ring that Karan had proposed to her with. But, instead of the ring finger, she had worn it in her thumb! The man says, “Wrong finger”, but Tipsy replies, “Right man!”

At her new home, Tipsy is pondering how she left everything and went abroad but the memories of Karan haven’t left her mind yet. As she sits down to write in her diary, Tipsy gets a phone call from Sherry. In a hurry, Tipsy backs her bags and takes a flight back to India immediately. Then, she lands in Mumbai and Sherry asks her to come to court. There, Tipsy is shocked to see Karan arriving with flower garlands and assumes that he is marrying Sherry because the latter is dressed up in a red saree!

Karan and Tipsy come face to face after 3 months, 12 weeks, and 90 days! But, Tipsy starts scolding Karan, asking how he could even think of marrying her sister. Karan tries to explain himself when his best friend, Vishal enters hand in hand with Sherry. Tipsy then realises that Sherry wanted to hide her relationship and elope to marry Vishal in court. Later, Karan goes back home and can’t reveal to Radhika that he met Tipsy!

Will fate reunite Karan and Tipsy? To find out, watch all episodes of Karrle Tu Bhi Mohabbat, streaming on ZEE5!

Hacked Movie Review: This Psychological Thriller Will Set You On An Adrenalin…

See What Shabir Ahluwalia, Sehban Azim, Hina Khan And Others Are Doing During…

#StateOfSiege2611 Gets A 9.7 Rating on IMDb, Lauded For Its Unflinching…