Karan juggles between his responsibilities towards Radhika and Tipsy. He gets furious to learn that Palash is the lawyer of the house case! Read more! 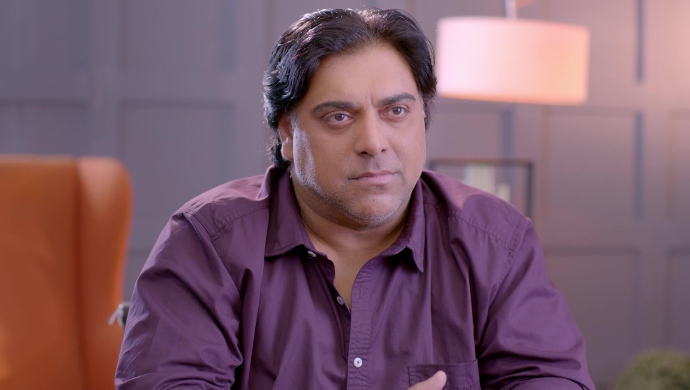 In the previous episode, Karan and Tipsy bring Sherry and Vishal back to Mumbai because Amma and Chetti are coming home. Chetti is against Sherry and Vishal’s marriage and so Karan devices a plan in the style of DDLJ. Karan meets Tipsy multiple times to help her and express his feelings to her. Later, Tipsy is seen reminded of Palash, her toxic ex-boyfriend!

In today’s episodes, when Tipsy goes back home she is utterly perplexed to see Romila and Sherry in a tiff. Tipsy immediately calls Karan. He is sitting with Palash at a bar, thanking Palash for saving his daughter at the mall. Karan rushes to Tipsy’s place and hears ridiculous rumours from Romila like Karan and Tipsy are married and Tipsy is pregnant. When asked to leave, Romila poses a condition that Karan will have to go on a date with her!

Palash dials Karan’s number in a drunk state and then passes out. The latter drives him to his house and waits there till the next morning. When Palash wakes up they have a heart-to-heart conversation about their love life. Karan goes back home to see Radhika upset about the settlement case of her and Prabuddha’s seized house. Karan scolds her about going to the meeting alone and sets another meeting. But Radhika had met the lawyer at her boutique where Tipsy was also present!

Karan and Radhika sit at the table and Palash enters. Karan is shocked to see that he is the lawyer. In his discussion, Palash insults Radhika for living with her ex-husband and his biological daughter which is why they don’t deserve the house. Karan gets furious and his friendship with Palash goes for a toss! Meanwhile, Amma and Chetti are planning to get Tipsy and Vishal married because the latter had blurted it out to avoid an awkward situation.

When Karan-Tipsy and Vishal-Sherry are sitting to discuss a plan to convince Amma and Chetti, suddenly, Radhika comes to take the house keys from Karan. Tipsy realises that Karan and Radhika still stay together. She joins the dots of all that Radhika told her when they met at her new boutique. Tipsy gets up and walks away while Karan tries to chase her. Two of his friends meet him on the way and Karan misses his chance to explain things to Tipsy. He is extremely sad when leaving with Radhika!

Will Karan manage to juggle both Radhika and Tipsy’s feelings? To find out, watch all the episodes of Karrle Tu Bhi Mohabbat, streaming now on ZEE5!

Karisma Kapoor To Hina Khan: Their Workout Photos Will Give You…

Phone-a-Friend: Meet The Characters Of The Upcoming Sci-fi, Rom-Com Series On…

COVID-19: ZEE5 Provides The Latest Updates And News On Coronavirus, So…

You can get Coronavirus Pandemic LIVE Updates on ZEE5 News section, streaming now.