Did you know Amitabh Bachchan had sent a handwritten note with a bouquet of flowers to the star cast of Bareilly ki Barfi? Read to know what Kriti got 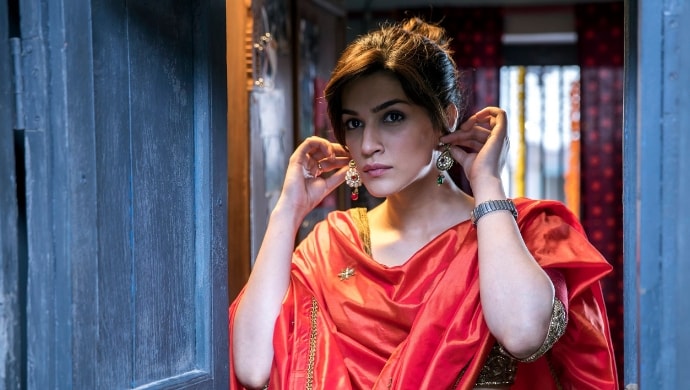 Dear Ashwiny Iyer Tiwari, you will always have a special place in my heart for this recipe of a barfi, an overdose of which can never give me diabetes. And as mediocre as it sounds, the filmmaker now enjoys a reputation for mining gold out of the very same mediocrity. One such story Ashwiny told is that of the Bareilly ki Barfi, of a Mishra family based in Uttar Pradesh’s Bareilly. To sum it up, the household is interesting and amusing at the same time. As Javed Akhtar points out, “Na yaha ki subah normal, na shaam normal, na logg normal.” Thus, Kriti Sanon as Bitti Mishra is anything but a normal choice.

Never before did the actress learn a dialect, but a few hours with school-going girls in the town of UP led her to secure a safe spot amongst the critical and commercial watchdogs. The audience absolutely loved Kriti as Bitti! So much so that a fan ended up sending a special gift to the starlet. Bareilly ka special jhumka was the trophy this fan and admirer of Kriti, from her debut film Heropanti days, presented the celebrity with. Clearly, Bitti toh baaja phaad di lalla! Talking about the same, Kriti was quoted by a leading tabloid as saying, “It was such a sweet gesture. It brought a big smile on my face. Bareilly ki Barfi is a very special film and all this love that people are showering on me is my treasure for life.”

Megastar Amitabh Bachchan too loved the film and had sent a handwritten note with a bouquet of flowers to the star cast.

However, don’t blame yourself if you fell in love with Rajkummar Rao a little harder after his Pritam Vidrohi act or tried to crush on Ayushmann Khurrana one more time courtesy author Chirag Dubey. These powerhouse performers applied their theatre skills, and Kriti had no chance but to let them lead the show. Isn’t that what Bitti does until she figures out who actually is the writer of Bareilly ki Barfi? Exactly what the Diwale actress does too.

A subtle strategy (not playing any referees here) to actually let her heroes take charge, in fact, works in her best favour. After all, who is the sweet barfi in this two-hour watch? And honestly, As for Bitti, she is a young carefree and too bold for Bareilly girl who doesn’t fit in the gallis of Bareilly.

During an escape from the cesspool, Mishra ji ki beti comes across this book which gives her a hope that a certain Pritam Vidrohi is actually her way out! The rest…I won’t reveal because some recipes are for you to taste and explore.

Suspense Meets Spookiness In Parchhayee: Ghost Stories By Ruskin Bond! We Dare You To Watch It Alone

Mother's Day 2019: Give Your Mom The Best Gift, SHARE An Amazing Story About Her With Us