Kritika Kamra Wants To Kill Her Ex-Boyfriend Karan Kundra, Find Out Why

Speaking about her ex-BF, Kritika said on ZEE5 show A Table for Two, "I will kill Karan Kundra because I can't marry or hook-up with him." 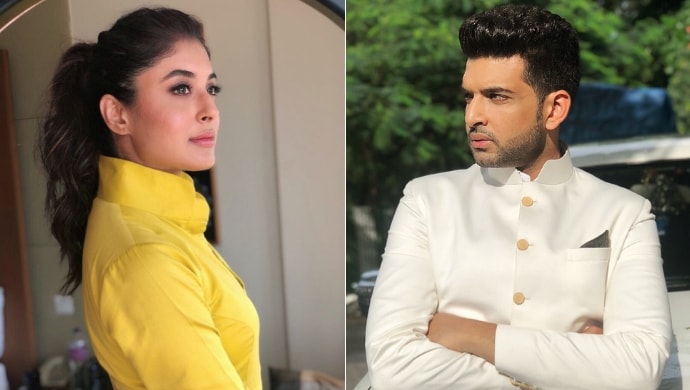 Mitron actress Kritika Kamra and Hate Story IV fame Karan Wahi made an appearance on ZEE5 show A Table for Two. Kritika, who has dated actor-anchor Karan Kundra in the past, made quite a revelation about her ex-boyfriend. In one of the segments on the show, Kritika was asked to kill, marry or hook up with the following: her former flame Karan Kundra, filmmaker Karan Johar and her close friend Karan Wahi. Although fans of Karan and Kritika are still rooting for a reconciliation, looks like there ain’t any happening.

“I will kill Karan Kundra because I can’t marry or hook-up with him. I can’t hook-up with Karan Johar so I will marry him. He has two beautiful kids, I will have to do nothing, just take care of the kids. I am very sorry but we may have to hook-up,” Kritika answered looking at Karan Wahi. For those unaware, Karan and Kritika headlined a popular television serial years ago. The two shared sizzling chemistry and fans couldn’t help but ‘ship’ them offscreen too. However, their real romance went kaput and the two parted ways.

Karan is now dating Anusha Dandekar. Soon after the news of their relationship was made public, Anusha started getting trolled for dating Karan. She has also received a lot of hate, which has put a strain on her affair with Karan, the couple had once revealed. Speaking about the same, Anusha had elaborated in an episode of A Table for Two, “I love Kritika. I think she is so amazing. And she and I have always shared a really good relationship after I started dating (Karan Kundra) because I didn’t know her before that. So when I met her through him, she is so much fun and we have always had a great time whenever we have ever hung out.”

Anusha further added, “Kritika is so great. And I have always told Kritika, you know, because of you and Karan, I swear to God my life is going insane. Because they obviously had such great chemistry onscreen also.” Talking about the trolls, Anusha had mentioned, “I live in a bubble. I have a very niche audience. And they are all very positive, loving, and pink and happy. And flowery. And everybody is all good vibes, positive vibes. Suddenly comes in Karan Kundra. All my followers are like, “OMG he is so handsome!” And suddenly his followers come in, “Kill her.” “What the hell?” And I’d wake up every morning,” Never had so much hate.”

Rest assured, Kritika has made it pretty clear that she and Karan are a thing of past.

In the meantime, watch Ranveer Singh’s film Simmba on ZEE5 and enjoy a fun-filled wee with your family.