In the next episode, Pragya asks Rhea to ruin Prachi's life to such an extent that no one including Ranbir will want to be with her. 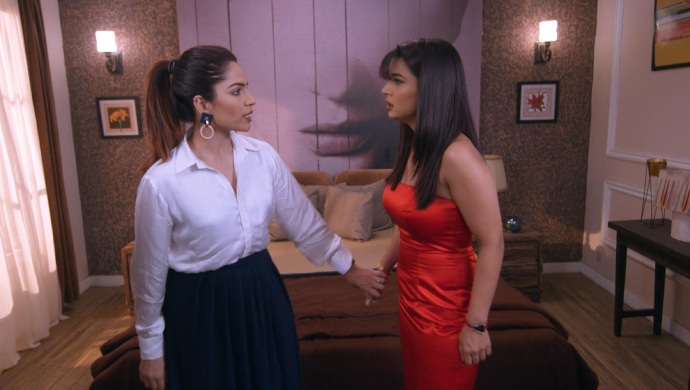 In tonight’s episode of Kumkum Bhagya, Ranbir hugs Rhea and says ‘I love Prachi’. Rhea cries hearing this but Ranbir falls on his bed drunk and goes to sleep. Rhea finds her photo taken out of Ranbir’s cupboard and on the floor. Rhea tells Aliya that she loves Ranbir. Abhi hears this and gets excited. Purab says he should wait and asks Ranbir if he likes Rhea too. Rhea tells Aliya how Ranbir loves Prachi and not her. Aliya decides to help Rhea because the same thing happened to her and Tanu both. Ranbir wakes up the next morning but cannot remember what he did last night. Prachi wakes up and tells Pragya that she doesn’t love Ranbir, he is just a friend.

In the next episode, Aliya asks Rhea to stop crying over Ranbir. She asks her to make sure Ranbir is left heartbroken. Aliya tells Rhea that she needs to embarrass Prachi to such an extent that not only Ranbir but no other man will ever want to date Prachi again. Rhea smiles happily hearing Aliya’s plan. What plan with Aliya and Rhea come up with? Stay tuned to find out.

Best Of 2019: 10 Best Scenes From Kumkum Bhagya, Kundali Bhagya And Other Zee TV…

CONTEST: Would You Like To Go For A Spooky #GhostWalk With Divya Agarwal And…