In tonight's episode, Abhi leaves with the ransom money to get Kiara back home safely. On the other hand, Aliya becomes suspicious of Tanu. 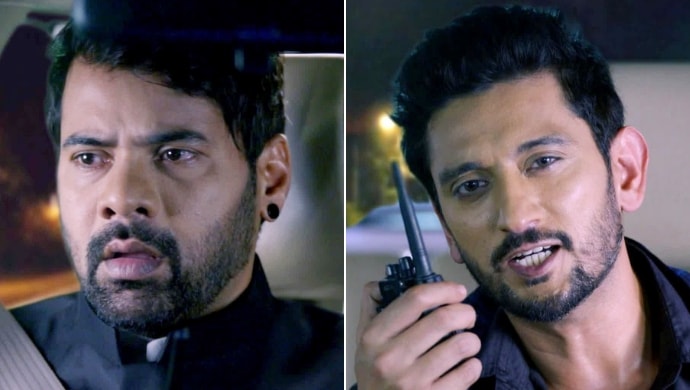 On Thursday night’s episode of Kumkum Bhagya, we saw that Nikhi kidnaps Abhi and Pragya’s daughter Kiara has been kidnapped. Tanu has teamed up with Nikhil to take revenge from Abhi and Pragya for being thrown out of the Mehra mansion and Abhi’s life. Nikhil, on the other hand, has debts to pay and is out of work because of Abhi. However, Nikhil’s plan is to take ransom from Abhi, trouble him and kill his daughter to further add to his suffering.

Tonight on Kumkum Bhagya, the episode begins with Sunny and Disha convincing Pragya to not worry. Sunny tells her that Kiara is a brave girl and will fight the goons and come back home safely. In the next scene, Tanu starts wondering why the media has no clue about Kiara’s kidnapping, given that she is a rock star’s daughter. Aliya reaches her home just then and asks Tanu if she knows where Kiara is. Tanu denies point blank and asks Aliya to check for her niece at her home. Aliya leaves Tanu’s house but only after warning her of severe consequences if she finds out that the latter has had anything to do with Kiara’s kidnapping.

Further, we see that Abhi’s friend Ashish starts checking the CCTV footage. Abhi, Pragya and Aliya identify the dholwala (Nikhil) as the kidnapper, however, they cannot see the image clearly. Nikhil calls Abhi to inform him about the location to drop off the ransom amount. But Abhi asks for proof that he has Kiara, and to prove the same, Nikhil makes Abhi talk to his daughter. Soon after, Abhi leaves with the money to rescue Kiara.

Nikhil starts following Abhi. He contacts him through a walky-talky phone that had had someone keep in Abhi’s car. Nikhil asks Abhi if he has an enemy, to which the latter replies with a negative. Moreover, Nikhil asks Abhi to not ask any further questions or else he might harm his daughter. Meanwhile, Abhi’s friend, CBI officer Ashish, sends a team to tail Abhi and catch hold of the kidnapper without Abhi’s knowledge.

The episode ends with Nikhil fooling around with Abhi and trying to irritate him. A police van starts following Abhi, which alerts Nikhil and he disconnects the call.

Stay tuned to know what happens next on the serial! In the meantime, you can binge-watch or catch up episodes of Kundali Bhagya, a spin-off of Kumkum Bhagya.

Sa Re Ga Ma Pa Li'l Champs 2019: All You Need To Know About Your Favourite Contestants