In tonight's episode, Abhi tells Ranbir that he saw Sanju in their college. Ranbir suspects that Sanju made Prachi's fake MMS. 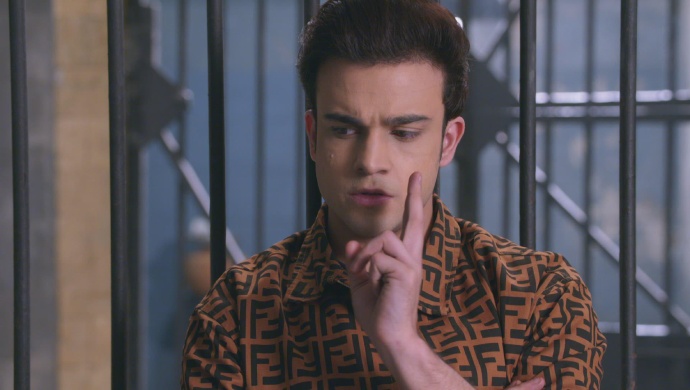 In the previous episode of Kumkum Bhagya, Prachi refuses to come out of her room till Pragya consoles her. Pragya tells Prachi to go back to college and prove to everyone that she is innocent. Prachi says she will prove her innocence but decides to leave the college after that. When Prachi goes to college, she finds Ranbir beating up his friend who spoke ill about her. Ranbir’s friend, who’s father is a politician, calls the police and gets him arrested. Rhea finds out that Ranbir got arrested for Prachi and gets upset.

In tonight’s episode, Prachi tells Ranbir to stop fighting for her from now on. She informs Ranbir that she has left college. Prachi says Ranbir cannot keep going to jail because of her. She asks him to live his life and fulfill his dreams. Ranbir tries to help Prachi find out who made her MMS. He remembers the girl, who Prachi thought was wearing her clothes in college. He feels that girl is definitely involved in the MMS scandal.

Ranbir asks Prachi to go home because jail is not  the right place for her. Prachi goes home only to tell Pragya that Ranbir is in jail. She explains how Ranbir stood up for her and got punished for it. Pragya calls a lawyer and decides to save Ranbir. Rhea goes home and tells Aliya how her plan backfired. She says Ranbir defended Prachi about the MMS and went to jail.

Aliya decides to go with Rhea and save Ranbir. On the way out they meet Abhi and Vikram. Aliya tells Vikram that Ranbir is in jail and blames Prachi for it. Abhi refuses to listen to even a word against Prachi. Even when Aliya says that everyone in college saw Prachi’s MMS, he refuses to believe her. Abhi takes Vikram along to get Ranbir out of jail.

When Abhi reaches the police station, he feels Pragya’s pallu is brushing against his face but again doesn’t see her. Vikram takes Abhi to Ranbir’s cell and they find him smiling. They congratulate Ranbir for standing up for Prachi even when her friend from Hoshiyarpur, Sanju stepped away. Ranbir says Sanju is not part of the college and he shouldn’t have been there.

Aliya brainwashes Ranbir’s mother, Pallavi, into believing that Prachi is ruining Ranbir’s life. Pallavi thinks Aliya is caring for Ranbir and believes her words. Rhea meets Ranbir at the police station. She scolds him for taking Prachi’s side. Ranbir tells Rhea that he thinks Sanju is the real culprit in Prachi’s MMS. Will Ranbir find out that this was all Rhea’s plan? Find out tomorrow.

Throwback To Lohri Celebrations On Kumkum Bhagya And Kundali Bhagya With…

Exclusive! Kark Rogue Actor Rajesh Sharma: We Shot Every Scene Both In Hindi And…