In the next episode, Abhi finds out that Prachi tried to kill Rhea and demands to speak to her mother. 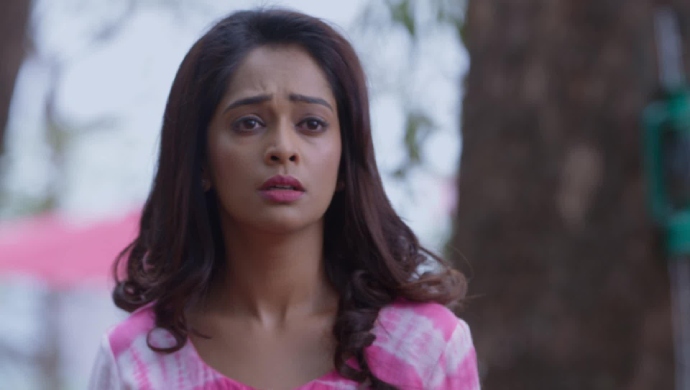 In tonight’s episode of Kumkum Bhagya, Rhea instigates Prachi to get in a fight with her. Prachi slaps Rhea which sends Rhea close to the edge of the cliff. Rhea fakes falling off the cliff while her friend clicks photos showing Prachi pushed Rhea. Abhi finds out that Rhea might be dead and rushes to see his daughter. Pragya also finds out that Prachi is accused of throwing Rhea off a cliff and rushes to be with her daughter.

Catch a glimpse of what happens next week here.

In the next episode, Abhi scolds Prachi for trying to kill Rhea. He tells Prachi that he always helped her and gave her support when she needed it. He is shocked to hear that Prachi tried to kill his own daughter. Abhi tells Prachi he even went against his own daughter to support Prachi.

Abhi is about to blame Prachi’s mom for this, but Prachi stops him. Abhi decides to speak to Prachi’s mom directly. Will Abhi and Pragya meet at their daughter’s camp? Stay tuned to find out.