Rhea asks help from Abhi in getting Pragya out of the kitchen, where she is locked. 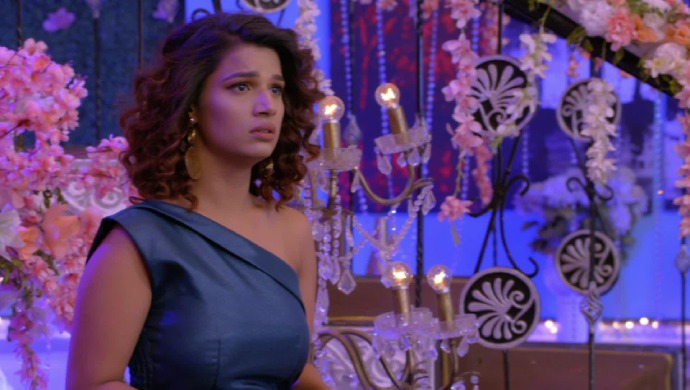 In tonight’s episode of Kumkum Bhagya, Abhi feels Pragya’s pallu brush past him. However, Pragya has already moved past him. Later while watching the couple’s dance, he imagines himself dancing with Pragya. Abhi later asks Prachi to dance with all the guests at the party. This upsets Rhea but she meets Pragya who calms her down. Later Pragya is locked inside the kitchen. Rhea notices her locked inside but can’t open the door and get Pragya out.Catch a sneak-peek of the next episode here.

In tonight’s episode, Rhea is running looking scared. Abhi sees her and asks what is the matter. Rhea says the words suffocating and claustrophobic. Abhi thinks she needs fresh air so he offers to take her out of the party. Rhea then says that Prachi’s mother is locked in the kitchen.

Abhi tells her that some waiter can go and help her. Rhea insists that Abhi goes with her to rescue Pragya from there. Will Abhi meet Pragya while he takes her out of the kitchen? Stay tuned to find out.