In tonight's episode, Pragya thanks Ranbir for protecting Prachi and appreciates him. Ranbir tries to ask for Pragya's permission to date Prachi. 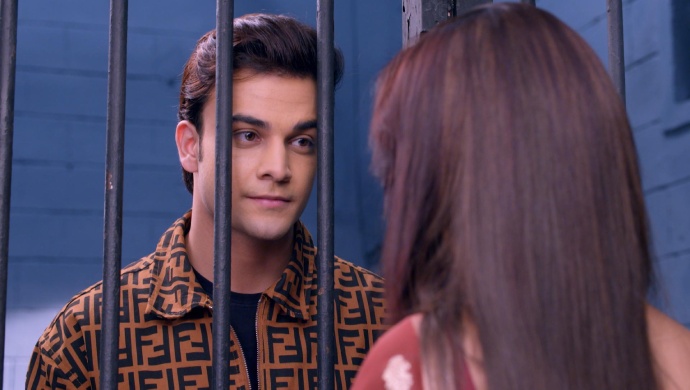 In the previous episode of Kumkum Bhagya, Prachi tells Ranbir that she has left college. Ranbir tries to help Prachi find out about the real culprit behind the MMS. Prachi decides to first get Ranbir out of jail and goes home to ask Pragya for help. Rhea tells Aliya how her plan backfired and Ranbir ended up in jail. Abhi and Vikram find out that Ranbir is in jail and decide to check on him. Aliya convinces Ranbir’s mother, Pallavi, that Prachi is a bad influence on him. Abhi and Vikram congratulate Ranbir for standing up for Prachi in college even when her friend from Hoshiyarpur, Sanju, backed out. Ranbir finds it suspicious that Sanju is in college and tells Rhea about his doubts.

In tonight’s episode, Ranbir promises to find Sanju and force him to reveal the truth in five hours once he is out of jail. Rhea leaves Ranbir to go home and bumps into Prachi on her way out. Rhea asks Prachi to stay away from Ranbir because she is ruining his life. Rhea says Ranbir keeps going to jail for Prachi and that is ruining his life. Prachi calls Ranbir her best friend and promises to stand by him when he is in trouble.

Prachi meets Pragya who asks her about Sanju and what happened during the Diwali party. Prachi says Sanju met her that day because his mother died. Pragya tells Prachi that Sanju’s father recently became the sarpanch and is very much alive. Abhi also doubts Sanju but decides to get Ranbir out of jail first. Pragya tries to call the sarpanch but she doesn’t answer the call.

Pragya goes to meet Ranbir and scolds him for getting into a fight. She thanks Ranbir for protecting Prachi and calls him a nice guy. Ranbir tries to ask Pragya if he can date Prachi. Ranbir is too shy to finish his question, but Pragya says yes. Abhi and Vikram manage to get Ranbir out on bail. Prachi finds out that Ranbir has been released and informs Pragya about it.

Pragya gets a call from the sarpanch and she goes out to answer the call. Prachi sees Abhi and goes to speak to him. Abhi says he knows about everything that happened to her and blames Sanju for it. Abhi takes an oath to punish anyone who tries to hurt Prachi and leaves with Ranbir and Vikram. On his way out, Abhi feels that he saw Pragya but she disappears again. Will Abhi find out Sanju and Rhea both? Stay tuned to find out.

Karan Wahi To Host ‘Game On’, The First Ever Music Cricket Talk Show