In the next episode, Sairta calls up Abhi asking him to talk to Pragya since they both are sad about not being with their spouses. 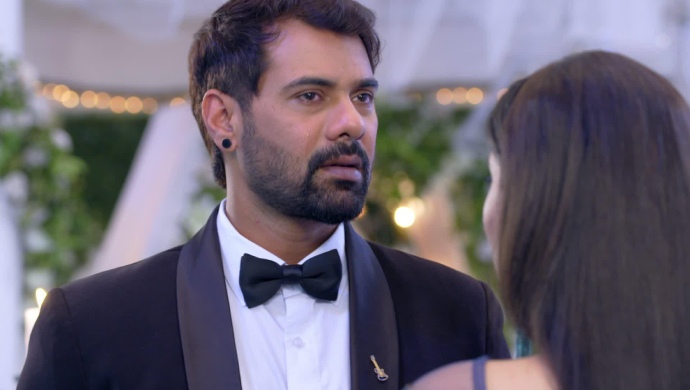 In tonight’s episode of Kumkum Bhagya, Ranbir tells Rhea how he tries to propose to her many times before. He says that Prachi somehow showed up everytime. Rhea tells Ranbir that if she wants to date her he needs to prove himself first. She asks him to make Prachi fall in love with him an then break her heart. Ranbir is sceptical at first but Rhea promises to kiss Ranbir and accept become his girlfriend if he does so.

In the next episode, Sarita calls up Abhi telling him that Prachi’s mom is also cryin. She tells Abhi that since they both know how each one is feeling he should speak to her. Abhi agrees to speak to Prachi’s mom but not talk about marrying her. Rhea tells her friends to get Prachi caught with drugs. This way she will leave the college and her house. Will Rhea succeed in removing Prachi from her life? Stay tuned to find out.