In the next episode, ALiya sees Disha leaving the party and makes sure she congratulates her for the wedding anniversary. 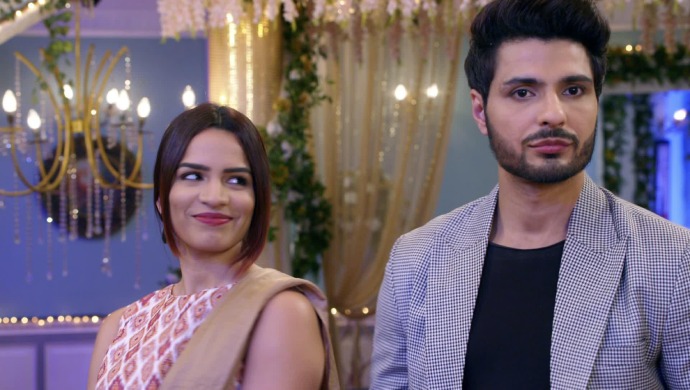 In tonight’s episode of Kumkum Bhagya, Purab finds Disha at the wedding anniversary party and is shocked. Disha doesn’t want to be there but is forced to be there are part of the CM’s group. Purab hears Disha’s conversations and assumes she is talking about her husband. Abhi decides to meet Sarita who is ill, but Vikram thinks it is an excuse to meet Prachi’s mother. Sarita forces Pragya to call up Mr. Mehra and apologise to him, Pragya decides to do a video call.

In the next episode, Prachi and Ranbir are on the terrace. Prachi is dusting Ranbir’s suit and he looks at her with love. Disha is leaving the party while Purab watches her walk away. Aliya stops Disha from leaving. She reminds Disha that it’s her wedding anniversary too. Disha wishes Aliya a happy anniversary and says she is happy for them both. Purab looks upset but says nothing. How will Aliya react to Purab meeting Disha? Stay tuned to find out.