In tonight's episode, Ranbir calls up Prachi to find out why Sarita was rude to him. He tells Prachi that he fell in love during the rain. 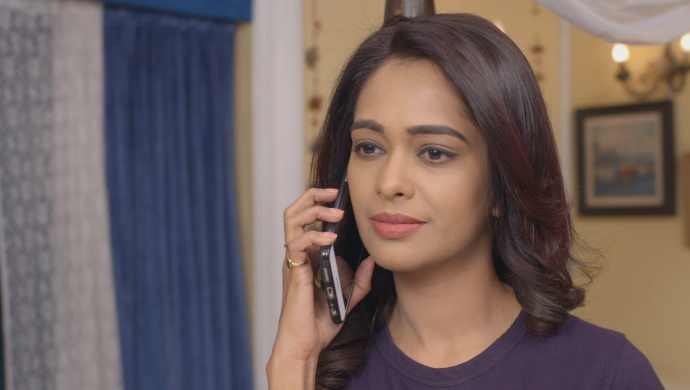 In the previous episode of Kumkum Bhagya, Aliya convinces Rhea to go with Abhi to Maya’s house. She asks Rhea to distract Abhi from questioning Maya. Abhi finds Rhea’s car outside Maya’s house and questions her about it. Rhea promises to tell the truth. But she lies to Abhi saying that she took money from Aliya to pay Maya to take back the case against Ranbir. Ranbir and Prachi get wet in the rain while he is dropping her back home. Sarita sees Prachi in Ranbir’s arms and gets angry. She asks Ranbir to leave immediately.

In tonight’s episode, Sarita asks Ranbir to leave the house or she will call his parents. Shahana asks Ranbir to go home for now. Sarita locks Prachi in the room saying that she will put her to shame. Sarita says Prachi should get close to Ranbir only if they are in love. Prachi says that she is only friends with Ranbir nothing else.

Rhea tells Aliya that she almost told the entire truth to Abhi. However, she realises Abhi only doubted her because she saw her putting money in a bag. She reveals that she lied to Abhi and he is proud of her now. Aliya asks Rhea to never reveal the truth until her secret is completely out.

When Ranbir reaches home, his father asks him how he got wet. Ranbir lies and says it was a truck that splashed water on him. When Pragya reaches home, Sarita reveals that she is only treating Prachi harshly because she wants Prachi to realise that she loves Ranbir. Pragya says that Sarita is using a wrong method to find out the truth.

Ranbir wants  to call Prachi and find out if she is alright at home. Prachi calls him up at that time and tells him that everything is alright and Pragya handled the situation. Prachi jokes and says Sarita thinks that they fell in love in the rain. Ranbir tells Prachi that is not a joke for him. He disconnects the call. Will Prachi realise Ranbir’s love for her? Find out tomorrow.