In tonight's episode, Abhi tells Purab that he met Pragya, but fought with her. Purab thinks it is not the best time to bring Pragya home anyway. 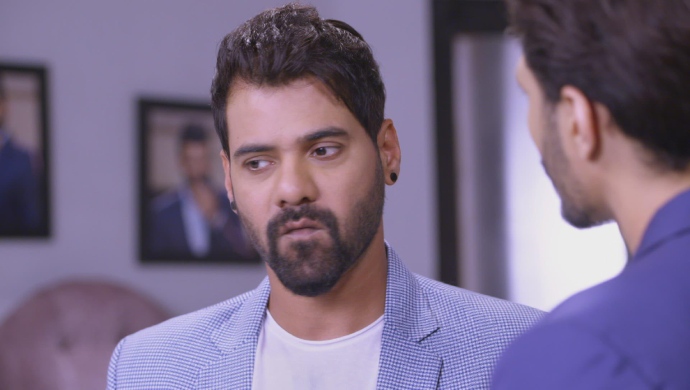 In the previous episode of Kumkum Bhagya, Priyanka identifies Rishi as the boy who tried to rape her. But Rishi says that Priyanka tried to rape him. Abhi gets angry and tries to hit Rishi. Pragya steps in and stops Abhi. Abhi leaves but Priyanka goes to blackmail Rishi. She asks him to marry her and only then she will take back the case. In the meantime, Pragya and the lawyer have already secured bail for Rishi. Priyanka complains to Abhi about Rishi’s bail. Pragya tells Abhi that Priyanka wants to marry Rishi. Abhi believes Pragya yet he believes Rishi molested Priyanka.

In tonight’s episode, Abhi asks Pragya is she ready to go away from him because of Rishi. Pragya says she was already away from him. Abhi takes Priyanka while Pragya takes Rishi in the cab and the both go their separate ways. Priyanka cries in the car and tells Abhi that she is scared because Rishi is out of jail.

Prachi and Shahana notice that Rishi is wounded. Pragya and Rishi say he got wounded while playing a match. Pragya goes out for another work and Sarita leaves for catering business. Prachi and Shahana both ask Rishi what happened to him, but Ranbir shows up there. Rishi gets a message from Priyanka and goes into his room.

Purab is at home and wants to tell Abhi that he has decided to go back to Disha. However, when Abhi reaches home and finds Purab, he tells her about Pragya and Rishi. Purab says it may be for the best because Rhea is not ready to meet her mother yet. He asks Abhi to wait and prepare Rhea before bringing Pragya home as her mother.

Pragya goes to Disha’s house to meet the lawyer with Hritik. They discuss how they can prove Priyanka guilty. Pragya again sees Hritik’s feelings for Disha and warns her that this could become ugly like King Singh did with Abhi. Watch how Disha reacts when Hritik proposes to her next week.

Simmba Jukebox: Dance The Weekend Away With 5 Hits From Ranveer Singh-Sara Ali…

Tujhse Hai Raabta Completes 300 Episodes: Catch Up On All The Major Highlights…