In tonight's episode, Prachi goes back to the godown and helps him escape because he came there to save her life. 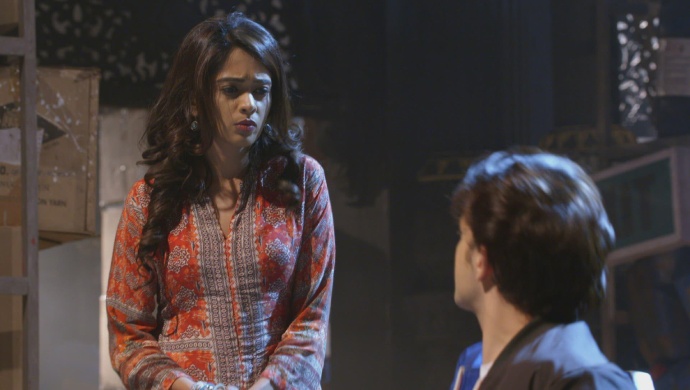 In the previous episode of Kumkum Bhagya, Sanju covers his face with a black mask posing as the gang leader. He tells everyone to not kill or even harm Prachi in any way. Rhea calls up Sanju and asks him about Prachi. She says that Sanju shouldn’t have kidnapped Prachi just to get married to her. Sanju liked Rhea’s plan and decides to release Prachi only after getting married to her. Ranbir looks for clues himself and finds Prachi’s bag on the road. He then follows the way he thinks she went and reaches the kidnappers den. Before Ranbir reaches her, Prachi has already left, but finds Ranbir’s car there.

In tonight’s episode, Prachi decides to go back and save Ranbir if he is caught by the kidnappers. Ranbir tries to run away from the kidnappers but they end up catching him and tying him up to the chair. When Abhi goes to Sarita’s house, he finds out she is at the police station too. Abhi takes Shahana along with him to the police station where Prachi’s mother went.

Prachi and Sarita are at the police station where she see footage of Prachi running from someone. However, the rest of the footage is not with the police yet. They decide to wait for the footage to track Prachi, but Pragya and Sarita decide to leave immediately. Abhi and Shahana reach just after Pragya leaves. Abhi asks the policemen to speed up the process and find out where Prachi is.

Rhea goes to Sanju’s house and finds his friend there. She asks Sanju’s friend to tell her where Sanju is, or she will get him arrested. Sanju’s friend tells Rhea where exactly, Sanju went. The kidnappers find out Prachi has escaped. Prachi goes to the spot where Ranbir is kidnapped and asks him to apologise if he wants her help. Ranbir argues with Prachi but then apologises and they escape.

Friday The 13th: 10 Horror Movies On ZEE5 We Dare You To Watch Alone