In the next episode, Rhea finds that despite her best efforts Ranbir and Prachi are still friends and going around college together. 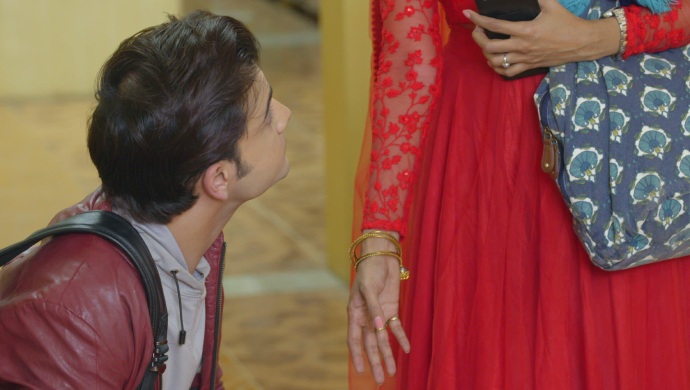 In tonight’s episode of Kundali Bhagya, Sarita forces Ranbir to leave the house and locks Prachi in her room. She stops Prachi from meeting Ranbir if they are not in love. Prachi continues to say that she and Ranbir are only best friends. Sarita tells Shahana and Pragya that she is only being mean to Prachi to make her realises that she really loves Ranbir. Rhea tells Aliya that she lied to Abhi about the money and the case. Aliya congratulates Rhea for lying to Abhi. Ranbir calls up Prachi and finds out that everything is normal at her house again. Ranbir tried to tell Prachi that he fell in love with her when they were in the rain together.

In the next episode, Vikram tells Abhi that he must have pleased his wife with expensive gifts. Abhi says that his wife never wanted expensive gifts from him, she only wanted his love. When Rhea goes to college she sees Prachi offering a helping hand to Ranbir to get up after tying his shoelaces. Rhea sees this and gets irritated. How will she react? Find out tomorrow.