In the next episode, Ranbir is getting into his car to start hunting down Sanju. Rhea stops him and finds out about his plan. 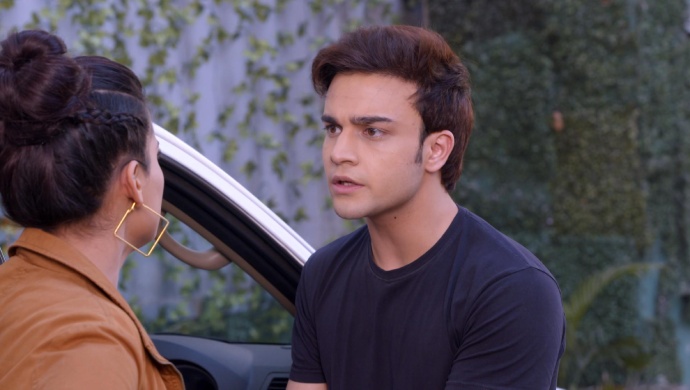 In tonight’s episode of Kumkum Bhagya, Ranbir tells Rhea that he suspects Sanju to be behind the MMS scandal. Rhea gets worried and goes away from Ranbir. She meets Prachi on her way out and blames her for everything wrong happening to Ranbir. Prachi says that she and Ranbir are best friends who will always stand by each other. Pragya tells Prachi that she thinks Sanju is behind the fake MMS. Pragya meets Ranbir in jail and calls him a good man. Ranbir feels shy while asking Pragya if he can date Prachi. Pragya understands and says yes. Abhi and Vikam get Ranbir out on bail. They also tell Prachi that they feel Sanju is the main culprit.

In the next episode, Ranbir is getting into his car when Rhea stops him. She tries to tell him that she is happy that he is released from jail. Ranbir tells Rhea that he will talk to her later because he is busy. When Rhea asks Ranbir where he is heading to, he tells her that he is going to look for Sanju. Will Rhea stop Ranbir? Stay tuned to find out.

Throwback To Lohri Celebrations On Kumkum Bhagya And Kundali Bhagya With…