In tonight's episode, Abhi helps Ranbir escape from police custody while Pragya tries to track down Maya and take her to the police. 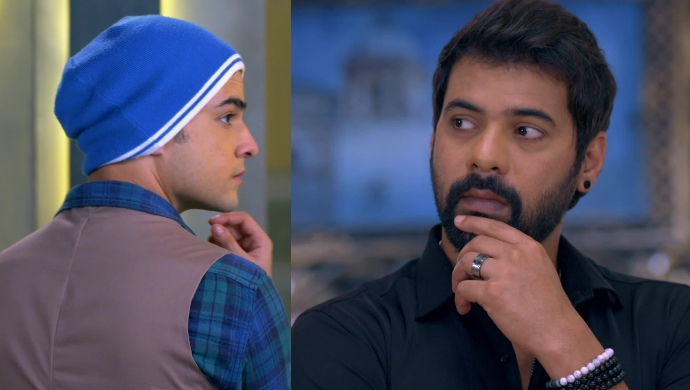 In the Lockdown ke kisse episodes, Prachi and Ranbir try to convince Maya that they are in love so that she will stop trying to force Ranbir to marry her. Maya gets a call from Aliya who says she should kill Prachi or kill herself. Maya finds Prachi and Ranbir in the same hotel room and decides to end her life. Maya gets a call from her uncle before she kills herself. Maya’s uncle sends the police to catch Ranbir and Prachi. To save Prachi Ranbir admits her killed Maya. Meanwhile Maya reveals to her uncle that she faked her own death to get Ranbir and is captured by Sarita in the hotel.

In tonight’s episode, Pallavi goes to Abhi and asks for help in saving Ranbir. He calls up his friends in the police but they tell him that there’s nothing they can do till the case goes to court. Abhi goes to the hotel and ask Ranbir why he confessed to his crimes if he didn’t do anything. Ranbir doesn’t say he was trying to save Prachi, instead he says that he got scared.

Sarita finds that Maya has escaped from the hotel. While everyone looks for Maya, Shahana sees her getting away in a cab. She takes another cab and follows Maya. Pragya, Prachi and Sarita rush out of the hotel to follow Maya and Shahana. Abhi sees Pragya passing by but he decides to help Ranbir first and meet her later.

Prachi is unable to get a cab when Kalyani Rane (Tujhse Hai Raabta) shows up and  she helps Prachi catch up with Maya in no time. Meanwhile Abhi manages to trick the police and escapes with Ranbir. Pragya and Prachi try to create a small fire to lure Maya out. Meanwhile Ranbir reaches home  and informs his family that both he and Abhi have escaped from the police.

Abhi’s lawyer tells him to stay away from the cops till he gets bail papers arranged. Meanwhile Pragya manages to get a confession out of Maya but they decide the police must be helping Maya’s family too. Maya threatens to put them in trouble if her family finds out they have kidnapped her.

Malhar Rane (Tujhse Hai Raabta) shows up to Abhi’s house looking for both the escaped convicts. Abhi and Ranbir both hid in different places. Malhar catches Abhi and says he doesn’t want to arrest anyone because he knows they are both innocent. Before the other policemen reach Ranbir, Abhi surrenders himself and has to be arrested. Will Abhi be able to save himself and Ranbir? Find out in the upcoming episodes.

Watch a recap of the previous episodes of Kumkum Bhagya only on ZEE5.