In the next episode, Ranbir tries to get close to Prachi in his office cabin while she tries to move away from him. 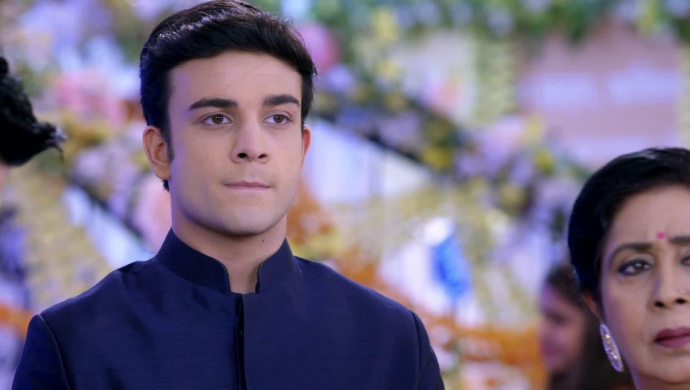 In tonight’s episode of Kumkum Bhagya, the smugglers ask the pandit to start the fire. Mira wakes up in time and goes out to stop the smugglers. The smugglers see Mira and change their plan by holding Rhea hostage to steal the gold. Aliya saves Rhea by distracting the smugglers and a fight breaks out. One of the smugglers threatens to shoot Disha. Purab steps in to stop them with help from Abhi. Prachi and Shahana go back home and find Sarita’s gandson who also works at Abhi’s company is living with them.

In the next episode, Rhea says that if Ranbir falls in love with anybody it will be only Rhea herself. When Prachi is in office with Ranbir he tells her that he likes her a lot. He tries to get closer to her as Prachi backs away from him. Ranbir says that he won’t make Prachi feel jealous today instead he decides to make her feel something else. Prachi panics as Ranbir gets close to her. Will Ranbir be able to convince Prachi he likes her? Stay tuned to find out.