Kumkum Bhagya 15 April 2019 Preview: Pragya Finds Out That Prachi Is A Waitress

Pragya finds out that Prachi and Shahana worked as waitresses at Abhi's party. 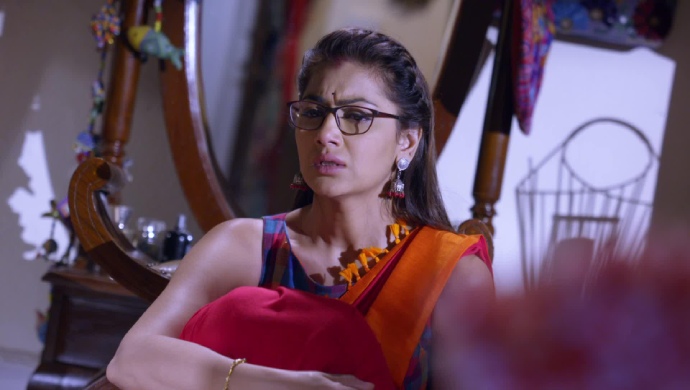 In tonight’s episode of Kumkum Bhagya, Rhea asks a boy to kiss Prachi as revenge for ruining her car. Prachi slaps the boy in anger and slaps Rhea in front of the whole college too. Meanwhile, Pragya thinks about going back to Hoshiyarpur with Prachi and Shahana. She doesn’t want to have another chance meeting with Abhi or his family.

Next week, Rhea promises to get revenge on Prachi. She wants to plan something so big that Prachi has to go back to her little town and never return to Delhi again. Meanwhile, Prachi has her own troubles at home. Chachi Ji finds out that Prachi and Shahana had gone to Abhi’s party as waitresses.

Pragya doesn’t believe when she hears about this. She asks Prachi if it is true and Prachi doesn’t lie to her. Pragya is shocked at the conditions her daughters are made to live in. Will this further convince her to take them back to Hoshiyarpur? Stay tuned to find out.