Pragya is alive and is all set to get married to Abhi! But will King and Tanu let them go ahead with the wedding rituals? 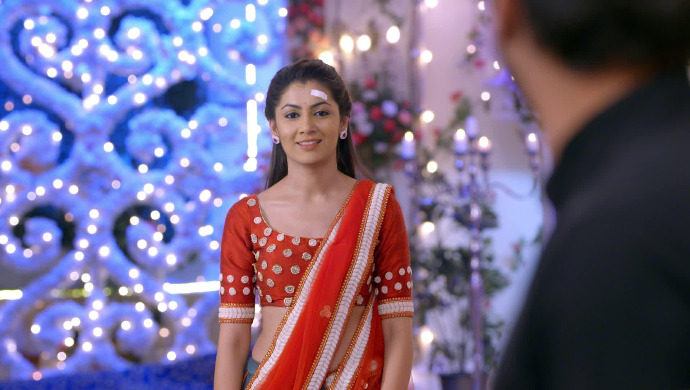 In the last episode of Kumkum Bhagya, we saw Abhi and Praya deciding that they want to get married. King is furious with Pragya’s decision and gets insecure. Meanwhile, Abhi tells Tanu that he can’t marry her as he will be getting back together with Pragya. Tanu gets insecure and says that she will charge him with molestation if he goes back to Prragya. Abhi asks her to leave the house. A shattered Tanu seeks solace in Aliya, who is equally upset with Abhi’s behaviour. However she assures Tanu that King will not let Abhi and Pragya reunite, considering he loves Pragya and wants her all to himself.

Later, we see King dropping Pragya to meet Abhi. Seeing her happy, he gets jealous and decides that he won’t let the two reunite. He speeds up the car which worries Pragya. Owing to King’s selfish and reckless ways, he and Pragya meet with a terrible accident. The episode ends with Abhi getting a phone call, and looking worried upon hearing a devastating piece of news.

In tonight’s episode, we saw Abhi informing Disha about Pragya’s accident. Tanu and Aliya on the other hand rejoice and decide to console Abhi as a part of their act. Meanwhile Kiara asks Abhi where Pragya is and Aliya tries to distract her. Just then, we see Pragya walking in and assuring everyone, that she’s fine, much to Tanu’s dislike. Pragya says that she’s alive because of King and Abhi thanks him with a warm hug. In a flashback scene we are shown that King’s plan to kill off Pragya fails. He then realizes that he can’t live without her and was stupid to have attempted to kill her. Pragya wakes up from her unconsciousness and says that she needs to get to Abhi as soon as possible. Kiara says she is upset with Pragya and Abhi and the latter reveals that he has told her everything about their past. The two of them approach Kiara to make it up to her.

Tanu confronts King and taunts him for failing at his plan. He retaliates by saying that what he feels for Pragya is true love while what Tanu feels for Abhi stems out of pure stubbornness and jealousy. Pragya and Abhi manage to cheer Kiara up and convince her to carry out their gathbandhan ceremony for the wedding. The episode ends with Pragya entering the venue in a bridal attire and being escorted by Abhi. They both dance to glory, as a jealous and fuming King stares on.

Will he let Abhi and Pragya get married? And will Tanu remain silent? What will their next move be? Watch this space for more updates!

Watch all episodes of Kumkum Bhagya on ZEE5