Aliya accuses Prachi of serving spoilt food and threatens to call the police, to avoid any blame going on Rhea, 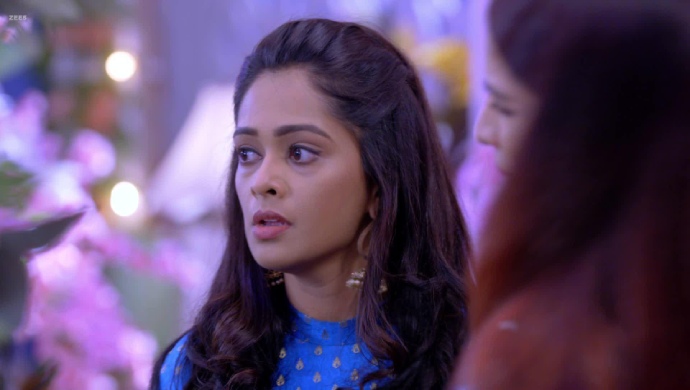 In the previous episode of Kumkum Bhagya, Rhea tries to get Prachi to leave her house. She sees Prachi and Shahana talking to the waiters. Rhea hears that there will be a food tasting before the food is served to the guests. Abhi announces an impromptu fashion show where Rhea is performing. She steps on Shahana’s foot while doing the rampwalk. Shahana moves the carpet causing Rhea to slip. To get back at her, Rhea puts powder in the food to spoil the food.

In tonight’s episode, Abhi asks the food to be served to the guests. Rhea is nervous because she didn’t expect all the guests to eat the spoilt food. She tells Abhi to wait till Mithali aunty tastes the food. Abhi doesn’t take her advice. Aliya notices Rhea’s worried expression and takes her away from the party to ask her what happened.

When Rhea tells Aliya that she ruined the food and it will make everyone sick, Aliya gets angry at Rhea first but then decides to call up the doctor before anything happens. They go back to the party where the guests are eating. One by one everyone falls sick. Even Daadi feels something wrong with the food. Abhi stops everyone from eating.

Aliya begins questioning Prachi and Shahana about the quality of food they used to prepare the meals. Abhi stops her but Aliya insists on calling the police on Prachi because she poisoned the food. Abhi decides to make Prachi leave the house and he doesn’t listen to anyone when they ask him to stop and hear her side of the story.

Pragya is taking care of Shanti after she fainted in the market. Shanti tells Pragya that she should be helping Prachi and Shahana instead to being next to her. Pragya says everything will be fine with them. Prachi tells Shahana that she is sad that Abhi is disppointed with her. However, Shahana is angry with Abhi.

Daadi is angry with Abhi too. She tells him that he should have not made Prachi leave the house. However, Abhi tells Daadi that he did it only to stop Prachi from going to the police again. Mira serves Abhi coffee at night but he doesn’t drink it. The next morning she finds Abhi missing from his room. Where did Abhi go early in the morning? Stay tuned to find out.