In tonight's episode, Pragya and Sarita are in a market where they get into a fight with Priyanka who is actually Rhea's cousin sister. 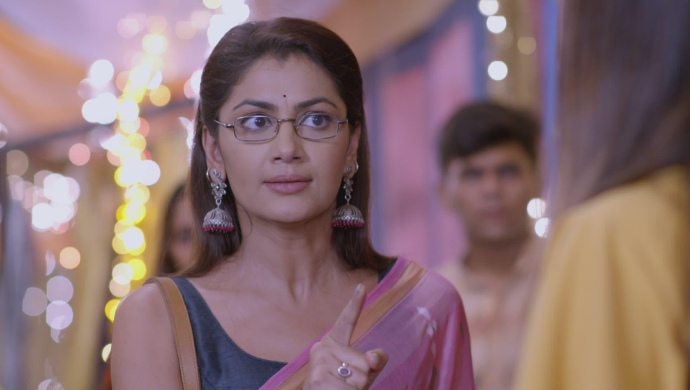 In the previous episode of Kumkum Bhagya, Ranbir goes back home and gets wet in the rain. He realises that he enjoys it like Prachi had said he would. He goes home and sees Abhi eating ice-cream hiding in the living room. Abhi asks Ranbir who he is in love with to get wet in the rain like that. Ranbir thinks he loves Rhea but he even thinks about Prachi. Rhea is excited when she sees she will be sharing her room with Priyanka, her cousin, for a while. Abhi imagines with Pragya and Rhea’s elder sister were at home they would also be such close friends.

In tonight’s episode, Purab tells Abhi that if he had not separated from Pragya their family would be complete. Abhi remembers how just like Rhea, Pragya also liked making white butter too. Abhi wishes he had spent more time with Pragya when they were together. Shahana goes to the kitchen for a glass of water and finds Rishi there.

Rishi asks if the kerchief he found in her room is Shahana’s. She tells him that whole room is hers. Shahana tries to make Rishi leave the room but he smartly handles her without getting angry and goes to sleep. The next morning Ranbir is at work when Purab walks in. Ranbir tries asking Purab for a half day to go play football.

Purab tells Ranbir that there is a new event that Ranbir’s father, Vikram, has taken up on a short notice. He tells Ranbir to call his father and find out the details. Ranbir finds out that his father accepted the event of organising the college fashion show where Rhea will be walking. Abhi and Purab ask him to put all his effort in the event.

Priyanka drives with Rhea’s friends to a market. When she walks in the market she feels everyone at the market if not as good as her. She bumps into Sarita and throws her down. Priyanka and Sarita argue about whose fault it is. Pragya steps in and forces Priyanka to apologise to Sarita.

Prachi finds out she will be working with Ranbir and Rishi on the fashion show. Priyanka shows up and asks Rishi if he missed her. Rishi leaves without responding to Priyanka. Sarita calls and complains to Rishi about the girl who she fought with at the market. What past relationship do Rishi and Priyanka have? Stay tuned to find out

The Verdict State Vs Nanavati: The Twisted 1959 Case That Inspired The Web…