In tonight's episode, Abhi goes back home to look at the CCTV footage but Prachi asks him to console her mother before leaving. 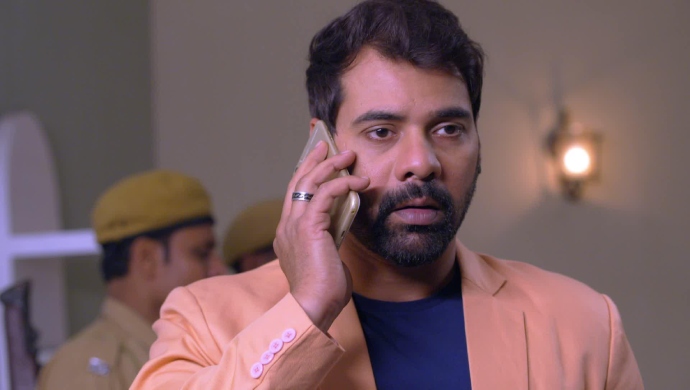 In the previous episode of Kumkum Bhagya, Aliya asks Purab to not leave her alone ever. Pragya is trying to console Prachi but the police inspector asks them to leave. Pragya asks Shahana to go home while she waits for Prachi at the police station. The doctor tells Purab that Aliya will have panic attacks if he is not around her. Abhi sees someone crying. He doesn’t realise it is Pragya and gives his handkerchief before leaving.

In tonight’s episode, Abhi enters the police station to meet the inspector. He asks the police for any way to release Prachi. The inspector tells Abhi that he needs to bring the CCTV footage from his house or bring the actual criminal himself. Prachi asks Abhi to go and console Pragya who she is sure will be crying outside.

Abhi tries to find Prachi’s mother, but Pragya is trying to make a call to Abhi, Prachi’s father. Abhi doesn’t notice Pragya and leaves to find the CCTV camera footage. Pragya wakes up next morning and finds the inspector going to Mr. Mehra’s house for the camera footage.

Rhea sees the police in her house and panics. She hopes that the CCTV footage was handled. Purab goes to meet Disha and leaves her ring by her bedside by mistake. When Disha wakes she demands to know who brought her to the hospital. The doctor doesn’t reveal Purab’s name because he asked her not to do so.

Watch the latest episodes of Kumkum Bhagya, now streaming on ZEE5. You can also watch the Mahaepisode streaming live on ZEE5 tomorrow.