Prachi gets a scholarship for a university in Delhi, but Pragya refuses to send her away. What will happen next? 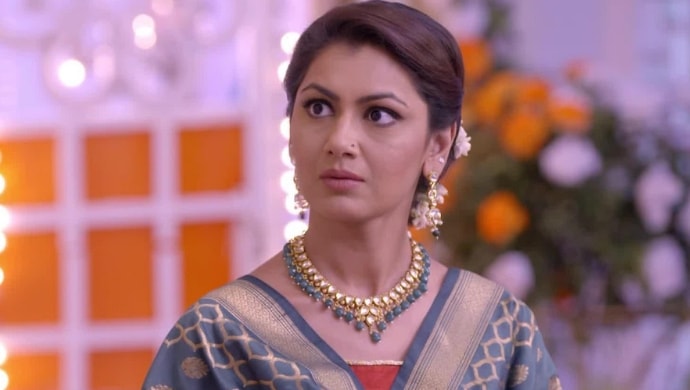 In the latest episode of Kumkum Bhagya, we are introduced to the new generation of the Mehra family, Abhi and Pragya’s twin daughters. The elder one Riya is a spoilt brat who has been pampered with every luxury by Abhi. The younger one Prachi, stays with Pragya in Punjab and is simple in her ways and choices. The episode gave a sneak peek into the poles apart personalities and lives of Riya and Prachi.

\Tonight on Kumkum Bhagya, we saw Prachi, taking care of Pragya as the latter is feeling unwell. We see Prachi’s caring nature as she feeds haldi milk to her mother. Pragya’s own mother’s name is brought up and she gets nostalgic, remembering the time she would take care of her. She drinks the milk, which makes Prachi happy. On the other hand, Abhi misses Pragya and wishes that he could meet his elder daughter. Pragya feels the same way back home and wonders what her younger daughter is like. Dadi asks Praya to let go off these memories as they cause her pain.

Prachi wakes up and says that she was just pretending to sleep so that Pragya is at peace. She asks Dadi about her father and scolds her for not telling her the truth. Dadi dismisses the topic. The next morning, Pragya’s niece reveals that she and Prachi have won a scholarship in Delhi, which makes Pragya angry. She questions the two on how they could go ahead, without they seeking her permission for the scholarship. Pragya refuses to send Prachi to Delhi. She storms off to her room and breaks down, thinking about Abhi. She remembers that she had decided not to visit Delhi again and is conflicted about sending Prachi. The latter approaches Pragya and promises that she won’t leave her and go.

A few youngsters come visiting Pragya and one of them introduces himself as Rohit. He shocks Pragya by saying that he wishes to marry Prachi. He assures her that he will keep her daughter happy. Pragya asks Prachi whether she knows Rohit and she nods. Pragya questions Rohit and points out that if he wishes to marry Prachi, he should have come with his family. She asks Prachi if she’s okay with the proposal and the latter says no. Prachi reveals that the man has been following and harassing her since three days. Pragya insults Rohit and tells Prachi that she has taught her to be strong and not cave in. She asks Prachi to set the man in his place and she does so, by slapping Rohit. He threatens to harm Prachi but Pragya sets him straight and asks the man to apologize. He obliges and leaves but not without a warning.

Dadi encourages Pragya to let Prachi go to Delhi and pursue her dreams. The episode ends with Dadi telling Pragya that she shouldn’t let her past haunt her present.

Will Pragya agree to send Prachi to Delhi?

Binge-watch or catch up episodes of Kumkum Bhagya only on ZEE5.