In tonight's episode, Pragya and Abhi both remember Kiara, whose death in the same month almost 20 years ago led to their separation. 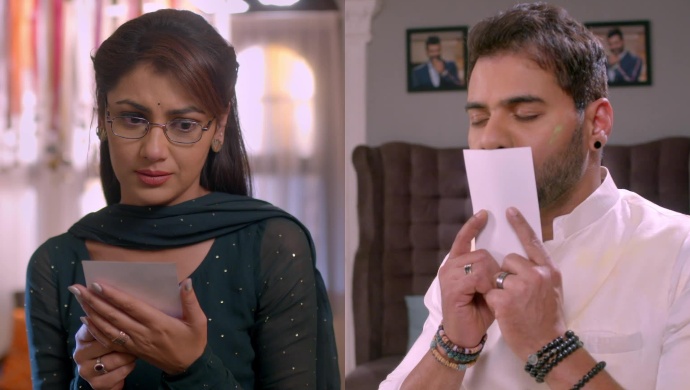 In the previous episode of Kumkum Bhagya, Pallavi tells Aliya that Prachi has recorded the video that will save Ranbir. However, when Pallavi sees the video she finds that it is not playing at all. Prachi wonders how the video is missing from her phone when Aryan notices that Prachi’s memory card itself is missing from the phone. Ranbir’s family refuses to blame Prachi for this failed plan but Prachi is angry at Ranbir for getting drunk. Aryan questions Aliya and says that she stole the memory card, but Aliya successfully convinces him that she is innocent. Prachi tells Shahana that Ranbir proposed to her at the Holi party.

In tonight’s episode, Shahana tells everyone at home that Ranbir proposed to Prachi. Sarita and Pragya get excited about this and they decide to call up Ranbir’s family to talk about the relationship. Ranbir’s family decides to come to Prachi’s house to get them married. It turns out Prachi is imagining all this. She is disturbed by these thoughts, and realises that she should hide the fact that Ranbir proposed to her.

Ranbir asks Abhi for help in getting back together with Prachi. Ranbir says that he proposed to the girl he loves but she is angry at him for some reason. While Ranbir is talking about Prachi, Abhi thinks he is talking about Rhea. Abhi thinks Rhea went for her holiday because Ranbir proposed to her. Abhi tells Ranbir that he has nothing to worry about because everything will work out fine.

Sarita finds Pragya crying and looking at Kiara’s photo. Pragya tells Sarita that Kiara was her daughter who died twenty years ago. Pragya thought she couldn’t survive without Kiara, but Prachi became her support system. Abhi also remembers Kiara and tells Meera that Kiara reminded him of Pragya. He says the only other person to remind her of Pragya is Prachi and not Rhea.

Maya’s family reaches Ranbir’s house to thank him for the Holi party. Maya’s father asks Ranbir to meet him later so they can buy clothes for Ranbir and Maya’s sangeet ceremony which is happening the next day. Ranbir tries to call up Prachi and tell her the new mess he is in, but Prachi keeps cutting his calls. Will Prachi reject Ranbir’s proposal? Find out tomorrow.

Mentalhood Gets A Phenomenal 9.3 Rating On IMDb, Critics And Audience Give A Big…

Kumkum Bhagya 20 March 2020 Preview: Ranbir Says Prachi Doesn't Have To Love Him Back