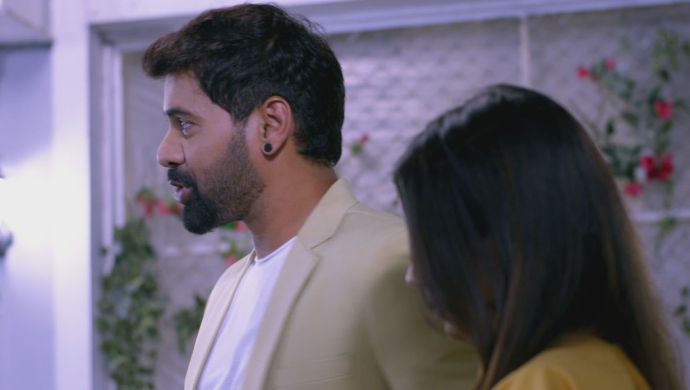 In the previous episode of Kumkum Bhagya, Ranbir goes to office and finds out that his father has taken up the college fashion show as his next event.  Ranbir also finds out that he has been put in charge of the entire event. Prachi is put in Ranbir’s team and she wonders how she is going to handle organising the fashion show and participating in it too. Meanwhile, Pragya and Sarita get into a fight with Priyanka, Rhea’s cousin in the market. Rhea apologises for pushing Sarita and leaves.

In tonight’s episode, Purab and Abhi ask for coffee and find out that the coffee machine in office is spoilt. Prachi suggest they have coffee from the tapri outside. Abhi remembers the time he had coffee from a roadside stall with Pragya. He says it is a great idea and asks everyone else to drink the coffee.

Abhi decides to drink coffee from a tapri only when Pragya returns in his life. Mitali compliments Mira for taking such good care of Rhea for so long. However, she says Mira needs to prepare Rhea for the day when Pragya returns to Abhi with the other daughter. She hopes Rhea won’t act with her sister like she does with Prachi.

Ranbir realises he is actually enjoying Prachi’s company. Disha asks Veronica to give back Hritik’s wallet after breaking up. She wants Hritik to leave her house soon. When Veronica shows up she tells Disha to not develop feelings for Hritik. Disha tries to explain she is not in love with Hritik, but Veronica leaves by then.

Rishi is leaving office when Priyanka forces him to drop her home. When they reach her house, Abhi finds Priyanka flirting with Rishi. However, when Abhi asks her Priyanks says that Rishi likes her and wanted to drop her home. Abhi decides to check Rishi’s background first. Will he find out Rishi is living with Pragya? Stay tuned to find out.

Kumkum Bhagya 20 September 2019 Preview: Purab Tells Disha She Has A Problem With Hritik?