Pragya goes to meet Mr Mehra in his office while Abhi takes a shortcut to meet Prachi's mom. 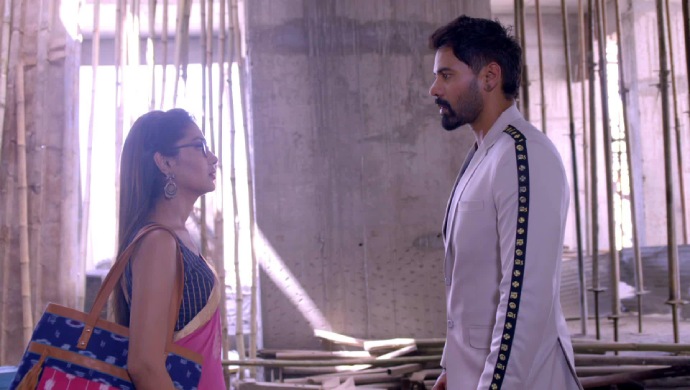 In the previous episode of Kumkum Bhagya, Pragya convinces Prachi to go to college. However, she gets ragged in college. When Prachi comes home she is upset at being suspended from college and tries to end her life. However, Pragya sees her just in time and stops her. Pragya then decides to talk to Abhi because the college principal said he suspended Prachi. Abhi finds out that Rhea had lied and got Prachi suspended. He goes to college to scold her.

In tonight’s episode, Abhi finds out that he has to go for a meeting. He decides to talk to Rhea later. Pragya is at Abhi’s office waiting for him. People try to get her out but she locks herself in Abhi’s cabin and refuses to leave till Mr. Mehra returns. Abhi gets a call saying a crazy fan is in his office. Abhi decides to meet her too once he is in office.

Mira visits Prachi’s house. She tells Prachi that is wrong to commit suicide. Shahana tells Mira that Prachi was committing suicide only because of what Rhea did. Mira admits that Rhea is wrong and says that she plans to punish her.

Pragya meets Abhi’s business partner and mistakenly assumes him to be Mr. Mehra. She blames him for what happened to Prachi. She also threatens to put a case on Abhi’s partner for causing mental trauma to Abhi. Abhi’s partner calls Abhi and tells him what Prachi’s mother told him.

Abhi tells his partner everything that Rhea did in college. Abhi then realizes that he has to go around a construction site to get to his office. To meet Prachi’s mom quickly, he takes the shortcut through the under construction building.

Pragya also gets lost getting out the building and walks through the same construction site where Abhi is passing by. There she meets Abhi and they both come face to face with each other. They stand in front of each other remembering their past memories. How will Abhi and Pragya react to this chance meeting? Stay tuned to find out.