In the promo of upcoming Kumkum Bhagya episode, Pragya tells the police that Riya is innocent. While Riya is in tears, Prachi is shocked to hear this. 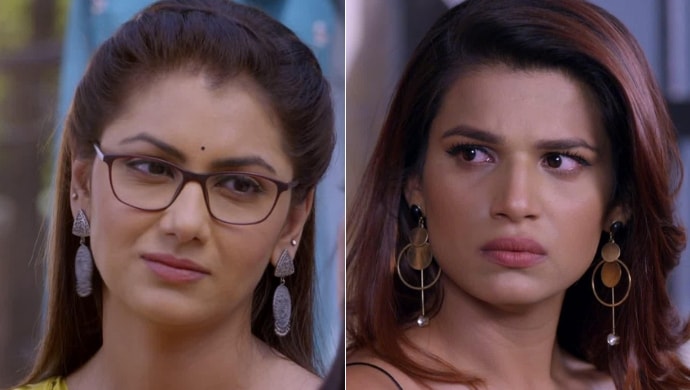 In the previous episode of Kumkum Bhagya, we saw that Prachi (Mugdha Chaphekar) files an FIR against Riya (Naina Singh) for running her car over Pragya. Pragya gets operated and is out of danger. Abhi, on the meanwhile, is on his way to the police station. The police inform Prachi that since Riya knew what she was doing while ramming into Pragya, they will book her under an attempt to murder her mother. Riya, on the other hand, misbehaves with the media and the police.

In the promo of the upcoming episode, we see that Pragya (Sriti Jha) reaches the police station. She tells the police that Riya is innocent and tries to save her. When the police question her that she is the same girl who ran over her, Pragya informs them that it happened by mistake. Moreover, Pragya adds that it was her who was crossing the road without looking properly. She asserts that Riya had nothing to do with her accident. Riya is left in tears.

Has Pragya found out the truth about Riya being her daughter? Will Riya warm up to Pragya for saving her? Will Abhi and Pragya meet at the police station? Stay tuned to find everything on Monday’s episode of Kumkum Bhagya!