In tonight's episode, Maya's father claims that Ranbir's family demanded dowry from him and threatens to punish them for it. 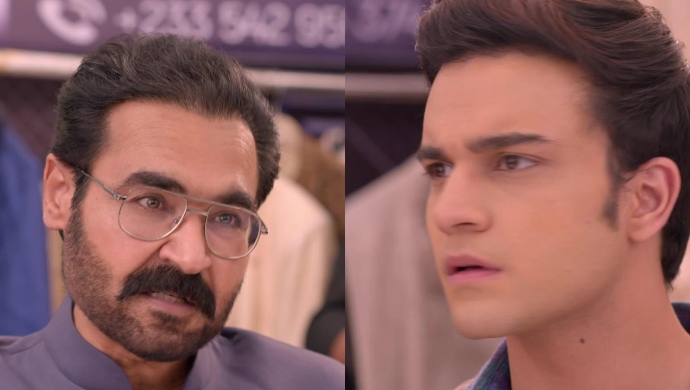 In the previous episode of Kumkum Bhagya, Ranbir’s family calls up Prachi’s home. They inform Sarita that Ranbir and Prachi are very much in love with each other. Maya’s father overhears them planning to get Prachi and Ranbir married. He asks his wife to threaten Prachi to stay away from Ranbir. Maya also takes Ranbir aside and asks him to leave Prachi. Ranbir tries to prove to Maya that he will be a bad husband and boyfriend to her but she ends up liking him more. Maya is distracted when she meets her ex-boyfriend at the mall. Prachi notices this and calls Aryan to help her in her plan.

In tonight’s episode, Prachi asks Aryan to follow Rahul to find out the truth about him. Aryan agrees to follow Prachi’s plan even though he is not sure why she is asking him to do that. Maya is still talking to Rahul and agrees to got out for a coffee with him. However, her father calls her up at that time. Even Rahul gets a phone call and says he will have to leave soon.

Prachi goes back to Ranbir’s family and they tell her how they were planning to get Ranbir and Prachi married. They said that Ranbir explaind that they are both only pretending to be in love. Prachi then takes Ranbir aside and tells him to look a romantic couple in the mall. Prachi is talking about Maya and Rahul but Ranbir thinks she is talking about him because he is looking in a mirror.

Prachi says that the boy and girl both look completely in love with each other. Ranbir thinks Prachi is admitting her love for him. He notices that she is not looking in the mirror at all and is actually looking at Maya and Rahul. Prachi tells Ranbir about her plan to use Maya’s feelings for Rahul to get her to back out the wedding with Ranbir.

When they are ready to leave the mall after shopping Ranbir’s family joke about Maya’s father paying the bill because he had said that earlier. Maya’s father creates a huge scene in the mall saying that Ranbir’s family is trying to get dowry from him and he will not bow down to them. He threatens to put them in jail for this. Will Ranbir’s family get in trouble again? Find out in the upcoming episodes.

Top 5 New Games On ZEE5 Like Ninja Up! And Fierce Shot That Are A Perfect…

Watch the latest episodes of Kumkum Bhagya and other Zee TV shows before TV on ZEE5.