Prachi is unhappy when Pragya keeps Rhea out of jail. She asks for an explanation from Pragya. 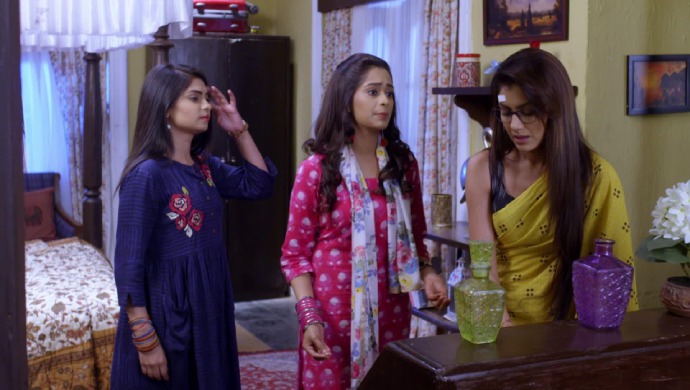 In the previous episode of Kumkum Bhagya, Pragya reaches the police station where Rhea is arrested. Prachi tries telling Pragya that Rhea purposely ran into her with her car. Pragya tears the FIR to remove any evidence against Rhea. The police inspector arrests Prachi for tearing a legal document. Rhea manages to get Prachi out of jail by exposing the reality of the police inspector to the media.

Rhea asks Pragya why she helped her despite knowing she is guilty. Pragya tells Rhea she didn’t want this one action she took in anger to affect her whole life. She wanted to spare Rhea’s family from embarrassment as well. She also tells Rhea that she did for her what she would do for Prachi as a mother.

Abhi shows up to the police station asking for Rhea. The inspector tells Abhi that Prachi’s mother saved Rhea from any accusation and took her out of jail. Abhi is surprised to find out that Rhea was saved even though she was guilty of committing the crime.

Aliyah comes home to find out that Rhea is in jail. She yells at Mira for not informing her that Rhea was in jail for 2 hours. Mira says that she informed Abhi and Daadi takes Mira’s side too. Aliya however feels like her ego has been hurt and demands that Mira give her equal importance too.

She asks Mira to stop behaving like Rhea’s mother or else like Prachi she will also be gone from the house. Mira is hurt by Rhea’s statements. On the other hand, Prachi is hurt by Pragya’s decision to release Rhea. She demands for an answer from Pragya.

Pragya tells them that Abhi has helped Prachi and Shahana so much since they’ve come to Delhi. He also tells Prachi that Rhea feels like a daughter to her and she didn’t want to ruin her life. Now that Pragya is fully fine there was no need to drag Rhea to jail either.

Prachi then accepts her mother’s answer mostly because Rhea’s father had helped them too. She makes Pragya drink a glass of milk before going to bed. Will Rhea and Prachi bury their differences after Pragya’s gesture? Stay tuned to find out.