Rhea asks Pragya why she decided to save her from jail despite knowing the whole truth. 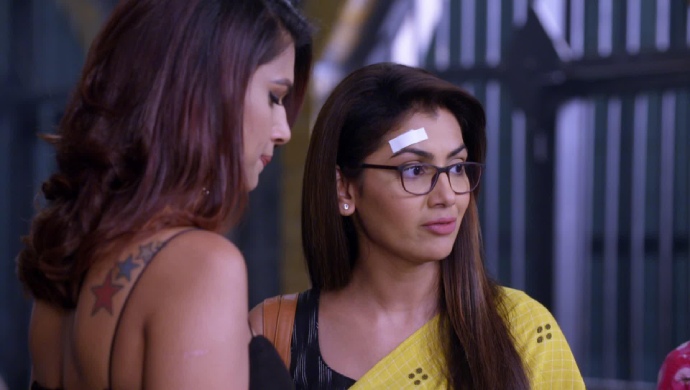 In tonight’s episode of Kumkum Bhagya, Pragya leaves the hospital and comes over to the police station. Prachi has put a case against Rhea and the police inspector is adamant on putting Rhea in jail. When Pragya shows up, she tears the FIR and saves Rhea from blame. Seeing this the inspector puts Pragya in jail. Rhea helps Pragya get out of jail using media attention.

In the upcoming episode, Pragya takes Rhea out of the police station with her. Rhea is surprised by Pragya’s decision to spare her life. She asks Pragya why didn’t she let her go to jail when she knew the truth. Pragya tells her that she did it to save Rhea and her family from embarrassment because she is a mother too.

Abhi finally manages to enter the police station where the inspector tells him everything that happened to Rhea. He also tells Abhi that Prachi’s mother treated Rhea better than her own mother would. Will Rhea bury her differences with Prachi seeing Pragya’s behaviour? Stay tuned to find out