Abhi wakes up in the hospital and looks for Pragya, while the doctors try and stop him, in the tonight's episode of Kumkum Bhagya. 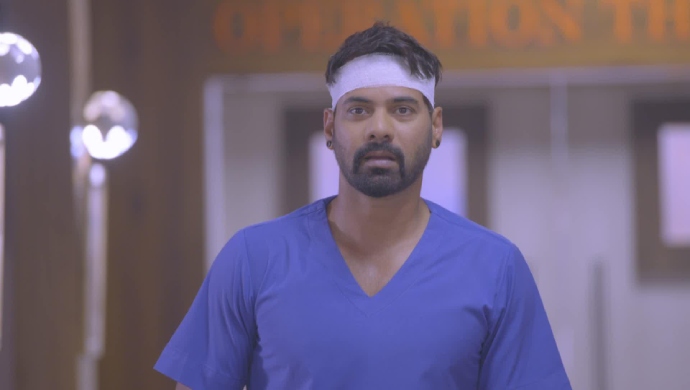 In the previous episode of Kumkum Bhagya, Pragya gets help from the labourers. She takes Abhi’s unconscious body to the hospital. Meanwhile, Abhi’s family waits for any news about Abhi at the construction site. The workers tel them that Abhi has been rescued by a woman. Pragya finds out that Abhi’s condition is critical. The doctor tells her that Abhi needs B+ blood urgently to survive.

In tonight’s episode, Abhi remembers meeting Pragya and gets up and out of his bed to see Pragya. He goes out to meet Pragya. The nurse tries to stop him from leaving. Abhi sees Pragya when he stands outside his room. She is standing at the receptionist talking to a doctor. Abhi tries to go towards her but the hospital staff takes him back to the room.

Pragya finds out that Abhi is in critical condition. She realizes that Prachi also has the same blood group as Abhi. She considers asking Prachi to come to hospital and donate blood to an injured man she found at a construction site. Prachi is worried at first but obey her mother and leaves immediately.

Aliya and Rhea are going towards the hospital but want to confirm if it is the same hospital where Abhi is admitted. Aliya asks Rhea to call Prachi and ask where her mother took Prachi. However Prachi’s phone is left at the house. Shahana and Sarita scold Rhea and don’t give her the number.

Prachi reaches the hospital and agrees to donate blood. Pragya avoids telling her who the blood is for. Prachi doesn’t insist on finding out and gives her blood. Rhea and her family reach the hospital. However, Daadi and Biji stop her from entering the hospital and leave her outside. They blame her for everything happening to Abhi.

Kumkum Bhagya 24 May 2019 Preview: Will Pragya Tell Prachi The Truth?