Pragya tells Prachi that her father loved her and that she has another sister whom she has never met. 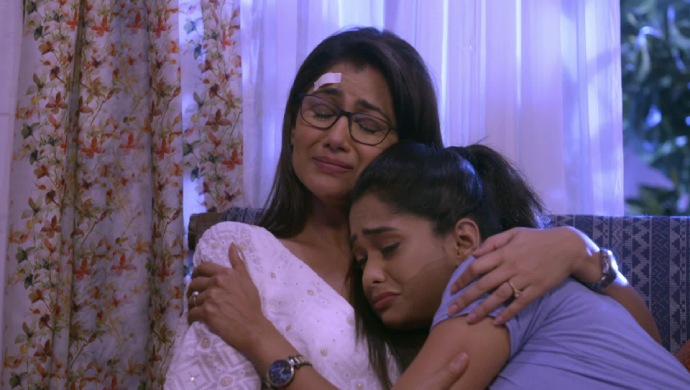 In the previous episode of Kumkum Bhagya, Abhi goes to the police station only to find out that Rhea is not at the police station. The police inspector tells Abhi that Pragya freed Rhea, despite her being guilty. Pragya sends Rhea out safely from the prison and Rhea is thankful to her. Meanwhile, Pragya explains to Prachi her decision to let Rhea go unpunished.

In tonight’s episode, Rhea tells Aliyah, Mira and Daadi that Prachi’s mother took her out of trouble. She tells them how lucky she was to meet Pragya. She talks about how Pragya bravely stood up to the police and also went to jail to protect her. Just then Abhi returns back home and calls for Rhea.

He tells Rhea that he is very disappointed with her. He scolds Rhea for purposely trying to take somebody’s life. Aliyah tries to step in and stop Abhi from scolding Rhea. Abhi in turn scolds her too. He tells Aliyah that she has spoiled Rhea since childhood which is why she is not afraid to do anything wrong.

Abhi then announces that tomorrow he will take Rhea to Prachi’s house so she can apologize to her. Rhea refuses to go but Abhi doesn’t give her a choice. Aliyah tells Rhea later that she will keep Abhi busy with work so he forgets about going to Prachi’s house.

Abhi wakes up next morning to take Rhea to Prachi’s house. He asked Purab to check the college to find out Prachi’s address. Pragya wakes up in the morning to make coffee for everyone. Her landlord also runs a tiffin service. Pragya decides to help her out for the day. Will Abhi and Pragya come face to face with each other? Stay tuned to find out.