Kumkum Bhagya 24 January 2020 Preview: Pragya Agrees To Go On A Date With Abhi

In the next episode, Pragya agrees to go out for coffee with Abhi so that they can meet without being disturbed by anyone. 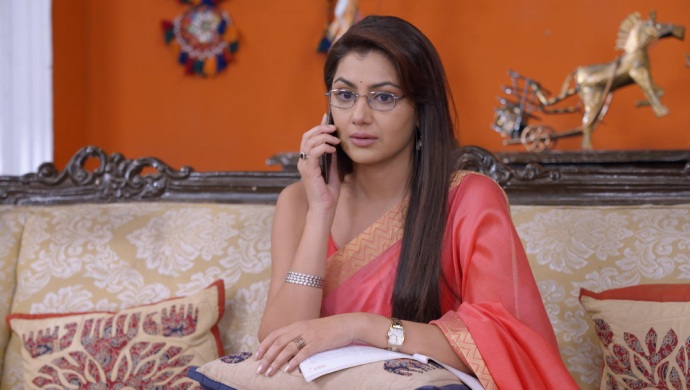 In tonight’s episode of Kumkum Bhagya, Abhi takes Ranbir away from Maya’s house and drives him back his home. Rhea thanks Maya for not letting Ranbir inside or she would have been caught too. Rhea asks Maya to once again consider the fake suicide plan but Maya refuses. Ranbir decides to go to work and Abhi supports his decision. Rhea consoles Ranbir by saying that she believes that he is innocent. Ranbir hugs Rhea and thanks her for supporting him. Rhea assumes that Ranbir is in love with her again. Prachi also defends Ranbir in the office where the female employees all behave awkwardly around him. She tells Ranbir that she still believes he is a good person.

In the next episode, Ranbir tells Prachi that he wants to go to her house and meet her mother. Prachi demands the reason for doing so, but Ranbir simply tells her to join him. Pragya is at home when Abhi calls her up. He says that they always meet when someone or the other is around to ruin their conversation. Abhi asks Pragya if she wants to go out for a coffee with him. Pragya readily agrees to meet Abhi. What will happen during Abhi and Pragya’s date? Find out tomorrow.