In tonight's episode, Abhi questions his watchman about Nish and chases him when he tries to escape from there. 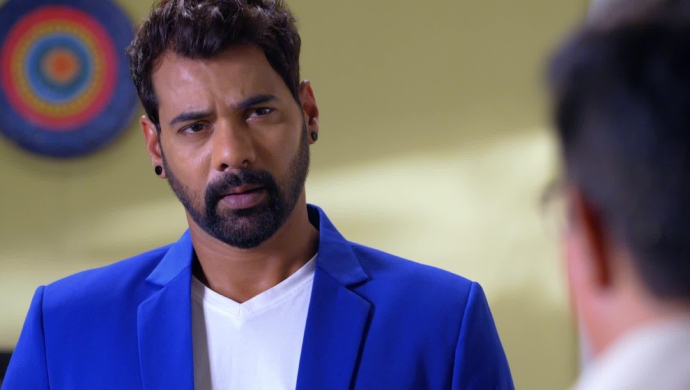 In the previous episode of Kumkum Bhagya, Prachi finds out that Ranbir is in jail instead of her. She tries telling the inspector he caught the wrong person again. Abhi and Vikram are furious when they find Ranbir in jail. He explains that he did this because he didn’t want to see Abhi stressed about Prachi. Abhi and Vikram are proud of Ranbir but Rhea finds out about this and gets angry. Prachi tells Pragya that Ranbir is arrested. Pragya decides to save Ranbir by looking for the boy she had seen attacking Rhea, Nish.

In tonight’s episode, Ranbir is bonding with his cellmate a robber named, Jagga. He hears Rhea coming and calls out to her. Rhea finds Ranbir and gets angry at him. She is upset that Ranbir is in jail and not Prachi. This makes Prachi’s plans go off track. She refuses to hear Ranbir’s explanation and walks away from there.

Check out this list of 5 horrible plans Rhea had for Prachi.

Abhi and Vikram go to their watchman’s house. There they find Nish in a photo with the watchman. Abhi asks him why he removed the CCTV footage from one of the cameras in the house. He also asks the watchman how he knows Nish. The watchman runs out of his house and takes a cab. Abhi chases after him but Vikram’s leg injury slows them down.

Pragya goes to the college and meets the Principal. She scolds the principal for suspending Prachi without waiting for the court’s order. She informs him that Prachi is out of jail now. She asks him to take her back to college immediately. When she is there she sees Nish entering the principals office to give a file.

Pragya stops him and shows him Prachi’s photo. She asks him if he has seen her before. Nish realises Pragya suspects him but says he hasn’t seen Prachi. Abhi chases the watchman and finds his car outside a police station. He runs after the watchman after seeing him get out of the cab and run away.

Prachi goes to meet Abhi in jail and tries to apologise to him. Ranbir says he doesn’t blame her for being in jail. He says that he is doing it for Abhi not her. He gets worried when other people in jail look at Prachi. He asks her to leave and will talk to her later. Jagga tells Ranbir he seems to be in love with Prachi.

Will Ranbir realise he like Prachi more than Rhea? Stay tuned to find out.  Watch the latest episodes of Kumkum Bhagya, now streaming on ZEE5.