In tonight's episode, Pragya kidnaps Nish and take him home to tie him up and force him to tell the truth and save Ranbir. 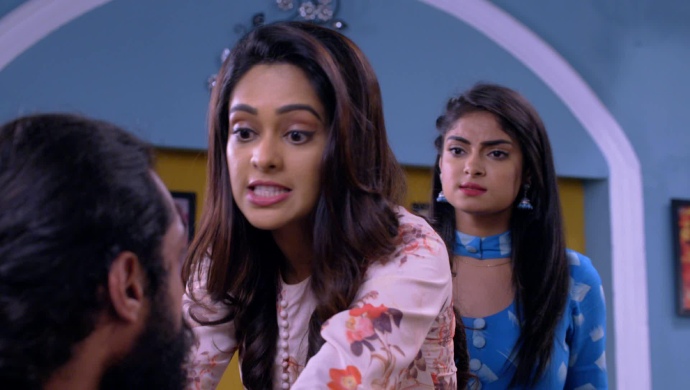 In the previous episode of Kumkum Bhagya, Rhea visits jail and scolds Ranbir for trying to save Prachi. Abhi visits his watchman’s house to ask about the missing CCTV footage. He finds a photo of Nish in the house. The watchman runs away and Abhi chases him. Pragya goes to the police station and scolds the principal for expelling Prachi. She gets Prachi back in college and meets Nish there.

In tonight’s episode, Pragya stands near the college with Shahana. She tells Shahana to get a cab when she sees Nish nearby. While Shahana gets a cab Pragya uses a stick to knock him unconscious. Pragya takes Nish in a cab and takes him to her house. Prachi sees Nish and knows he must have planted the drugs in Prachi’s bag.

Nish wakes him up and finds out that he has been kidnapped. Prachi slaps him and asks him to confess. Pragya, Shahana and Sarita all threaten to attack him with knives. Nish panics and agrees to tell Prachi the truth. Abhi chases the watchman Ashok and catches up with him. Abhi asks him to confess the truth.

She asks Rhea to tell her what is going on. Rhea takes Aliya to another room and tells her the truth. Aryan also hears what Rhea has to say and taunts her for it. He takes Ranbir’s mother to the police station to release Ranbir. Aliya is worried if Aryan will tell the police about Rhea’s involvement in the crime.