In the next episode, Abhi catches the watchman who promises to tell the truth. And Pragya kidnaps Nish to find out the truth. 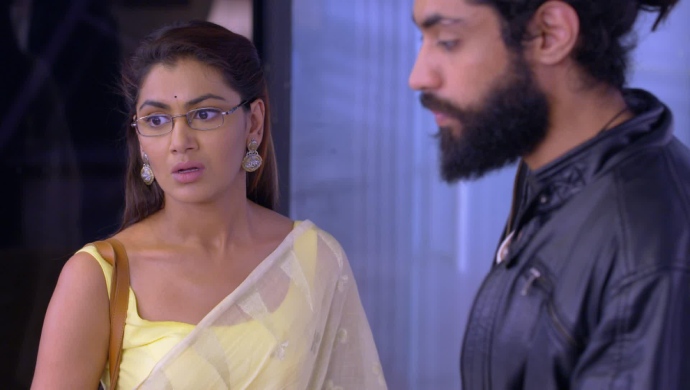 In tonight’s episode of Kumkum Bhagya, Rhea meets Ranbir and jail and scolds him before leaving. Abhi goes to his watchman’s house to ask about the missing CCTV footage. There he finds a photo of Nish whom he suspected at the party. He questions the watchman who runs away and Abhi chases after him. Pragya fights with the principal and gets Prachi back in the college. There she finds Nish in the principal’s office but he says he doesn’t recognise Prachi.

In the next episode, Abhi catches up with the watchmen and asks him to tell the truth. He demands the watchman to tell him if that guy in the photo was the one who put drugs in Prachi’s bag. The watchman panics and decides to reveal the truth. Pragya walks up behind Nish who is wearing earphones. She calls him and he turns behind. Pragya hits him in the head with a stick and knocks him unconscious. Will Pragya find out the truth too? Stay tuned to find out.