In the next episode, Ranbir is trying to propose to Prachi but Abhi thinks Ranbir is the right boy for Rhea. 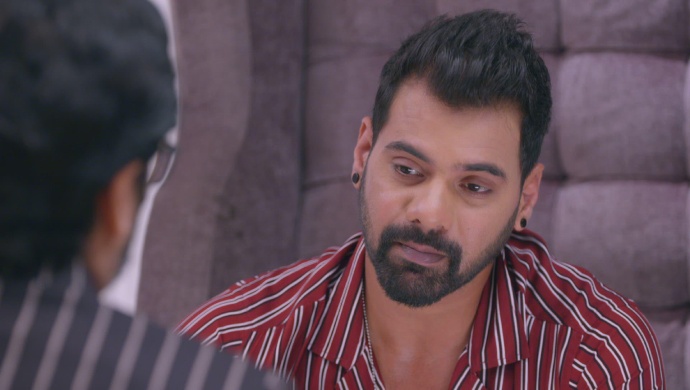 In tonight’s episode of Kumkum Bhagya, Rhea goes to her room and cries because she is certain that Ranbir is in love with Prachi. Ranbir is dancing in his room and decides to meet Prachi to say he loves her. Ranbir puts on his best clothes and drives to Prachi’s house. However, he meets a random man on the road who he feels is Prachi. He gets down and begins dancing with her. Aryan finds him and decides to take him to a restaurant to eat. There Ranbir feels that the valet and the waitress are Prachi too. Prachi is at home where Pragya tries to explain to her that Ranbir loves her.

In the next episode, Abhi tells Purab that he feels Ranbir is the right boy for Rhea. He thinks Ranbir will be a good influence on Rhea and keep her safe. Ranbir is still at the restaurant telling Aryan that he wants to propose to Prachi. Rhea tells her friend Dimpy that she will go to Ranbir and ask him why he is cheating on her. Will Ranbir tell Rhea that he loves Prachi? Stay tuned to find out.

Tridha Choudhury From ‘The Chargesheet: Innocent Or Guilty’ Gives…

Transcending Boundaries, ZEE5 Is The Growth Story Of 2019 In OTT Space