In the next episode, Ranbir decides to tell Prachi his feelings for her even if she doesn't take him seriously. 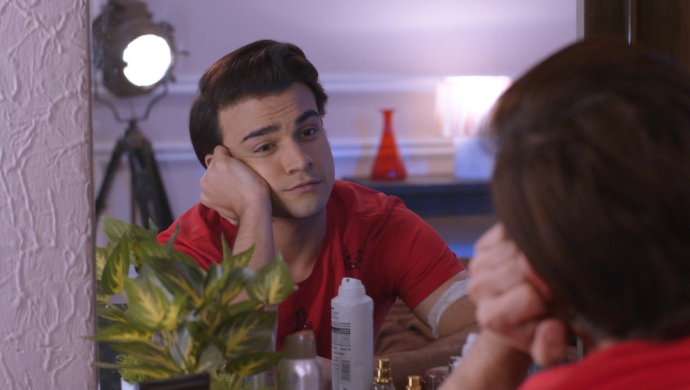 In tonight’s episode of Kumkum Bhagya, Prachi takes Ranbir aside to tie a bandage on his arm. Rhea meets Pragya and rudely asks her to check on Prachi first. Ranbir ties a bandage on Prachi’s wounded hand too. But he is so lost in his feelings for her than he ties the bandage on the wrong hand. Ranbir offers to drop Rhea home along with Prachi and Pragya. Rhea initially refuses to go but Pragya convinces her. Pragya invites Rhea home for lunch anytime she is free. Ranbir and Rhea go home but Ranbir cannot stop thinking about Prachi.

In the next episode, Ranbir is sitting in front of the mirror smiling. He cannot stop thinking about Prachi and thinks whether he should tell Prachi about his feelings. Ranbir feels that Prachi will not take him seriously even if he tells her his feelings. Ranbir eventually decides to tell Prachi how much he loves her and if she doesn’t believe him, he will tell her about the dream where he chose Prachi over Rhea. Will Prachi accept his proposal? Stay tuned to find out.