Prachi is working as a waitress at Rhea's birthday. How will Rhea react when she sees her? 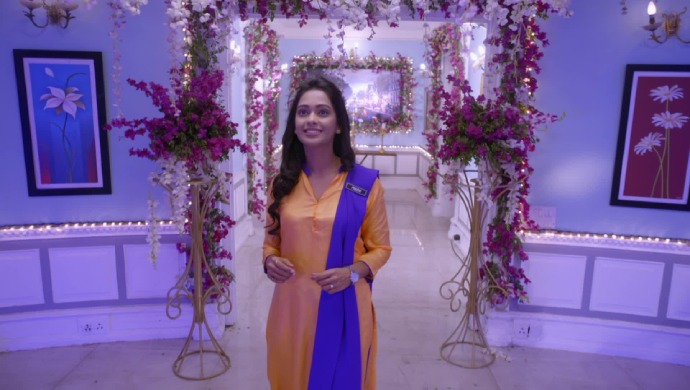 In tonight’s episode of Kumkum Bhagya, Rhea begins her birthday by going to college to insult Prachi. On the other hand, Prachi skips college and goes for a job interview on her birthday to avoid taunts from her aunt about money. Prachi’s new job leads her to Abhi’s house where she is one of the waitresses for Rhea’s birthday party.

Catch a sneak-peek of the latest episode here.

In the next episode, Rhea finds Prachi at her birthday party and goes to complain to her aunt Aliya about her. Aliya gives an idea to get back at Prachi. Abhi uses Prachi’s help to choose what he should wear for the party. She gives him advice that reminds him of Pragya.

Will he find out the truth about Prachi? Will Rhea ruin Prachi’s birthday by taking revenge on her? Stay tuned to find out.