In tonight's episode, Rhea tries her best to save Aliya but based on Prachi's testimony the police say they have no choice but to arrest Aliya. 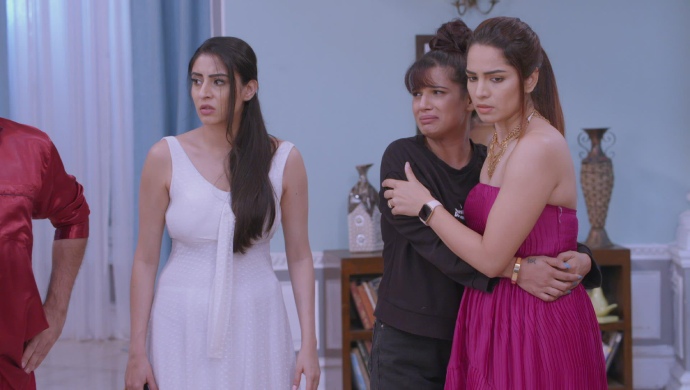 In the previous episode of Kumkum Bhagya, Aliya ends up hitting Disha with her car. Prachi and Shahana try chasing the car to confront the driver, but they are unable to catch her. Pragya and Purab take Disha to the hospital. Prachi and Shahana inform the police about the car that causes the accident and give the car number to the Police. Purab talks with the doctor and ends up telling the doctor that he is Disha’s husband. Aliya freaks out about the incident that happened and confesses to Rhea that she messed up and caused an accident.

In tonight’s episode, the police arrive to arrest Aliya as she is involved in a Hit-and-Run case. Purab is discussing about his feelings towards Disha with Pragya. Pragya helps him understand that he didn’t do anything wrong. She asks him to calm down and wait but Purab clearly states that he can’t wait anymore. Aliya and Rhea are scared of the police. Rhea is scared about Aliya being arrested and asks her to deny everything.

The police state that it is a Hit-and-Run case and Aliya has hit Disha. Rhea freaks out and does not allow the police to arrest Aliya. The police take Aliya and Rhea throws a tantrum. Rhea fights with Dadiji about Prachi doing all this on purpose. She goes on an anger spree and wishes to teach Prachi a lesson, however, Mira and others calm her.

Prachi returns home to see Sarita ji unwell. Someone has tried to attack Madhu and Rishi has informed the police as well. Sarita enquires about Pragya. Prachi gets a call from Rhea and Shahana does not let her take the call. Rhea goes crazy when Dadiji supports Prachi. She rants about no one caring for Aliya. Rhea wishes to deal with Prachi in her own way and runs away to go and talk with Prachi. Mira doesn’t want others to contact the lawyer as Rhea clearly told so.

Dadi worries about Disha and tries contacting her. Pallavi expresses her desire to talk with Prachi and convince her to take her case back so that Aliya can return. Meanwhile, Rhea arrives at Prachi’s place trying to convince her. She runs in with Madhu ji and pushes her away when she tries to stop her from forcefully entering the house. Rhea demands to talk to Prachi. Prachi comes to confront Rhea.

In the next episode, Prachi confronts Rhea and scolds her for being rude to Madhu ji. She threatens to slap Rhea. Rhea retorts back saying that she is not her sister to get slapped. She outrageously states that she will slap her twice if Prachi slaps her? The tension increases between the sisters. What will happen next? Stay tuned to find out.

Exclusive! Teena Singh: After Love Bites My Friends Joke That I Am ZEE5’s…