In tonight's episode, Pragya hears both Ranbir and Maya saying they are innocent. Pragya realises Maya is lying and tell Prachi about it. 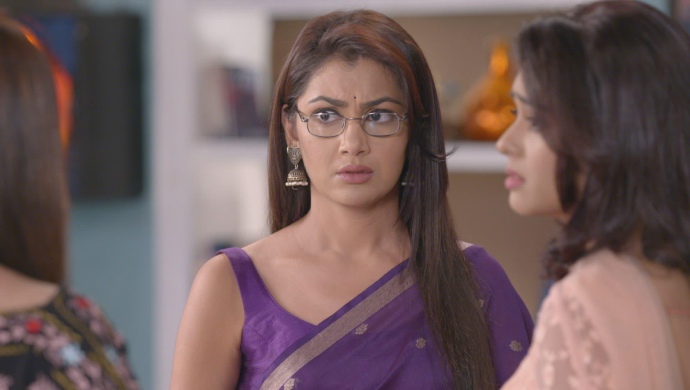 In the previous episode of Kumkum Bhagya, Ranbir sees that Prachi is scared to be alone in a room with him. He walks out of the room. Prachi feels like she made a mistake and goes to console Ranbir but he asks her to stay away from him. Rhea, Aryan and Shahana make Prachi feel guilty for supporting Maya. Ranbir’s mother goes to meet Pragya and is shocked to see that Pragya also supports Prachi’s decision. Later that night, Pragya finds Ranbir drunk by the roadside. He tells her the truth that he was only with Maya to make Prachi jealous but asks her to keep it a secret.

In tonight’s episode, Ranbir returns home drunk and Abhi sees him. Abhi scolds Ranbir for getting drunk and upset. He says if Ranbir is not guilty he should not pretend like he is guilty. Abhi later apologises to Ranbir but asks him to stay strong through this incident. Pragya goes home and tells Prachi that she doesn’t think Ranbir is guilty.

Prachi argues with Pragya saying Ranbir is clearly wrong and he deserves to be punished. Maya comes home to meet Prachi. There she says that by herself she will not be able to punish Ranbir, but with Prachi and her family’s help, she will. Shahana and Sarita both support Prachi too. When Maya leaves the house, Pragya tells Prachi that clearly Maya is lying and crying fake tears.

Rhea picks up Maya and takes her away from Prachi’s house. Prachi tells Pragya that she knows Maya is lying. She says that she is on Ranbir’s side. She also mentions that she wants to find out the person who is making Rhea lie. Pragya tells Prachi to call up Ranbir and tell him the same. Prachi says she tried to talk to Ranbir but he is too angry with her.

Ranbir is sitting in his room when Rhea walks in. He apologises for not believing Rhea earlier. Rhea is happy that she made Ranbir lose faith in Prachi and believe her. Ranbir doesn’t answer Prachi’s call that night. The next morning Prachi tries to call Ranbir again. Ranbir leaves his phone on the kitchen table where Rhea sees Prachi’s call. Will Rhea realise Prachi has some other plan? Find out tomorrow.

Exclusive! Shweta Basu Prasad: Shukranu Is About An Ordinary Man In An…