In tonight's episode, Prachi and Shahana's cab breaks down and Rhea refuses to give them a lift making them miss the bus. 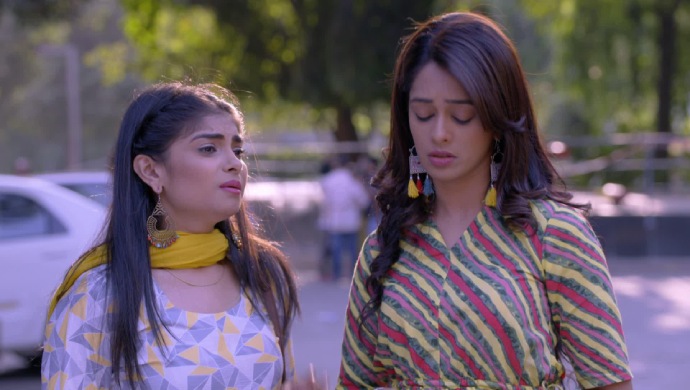 In the previous episode of Kumkum Bhagya, Mira finds Pragya at the market and offers her a lift. When they reach home Sarita tells Mira that Pragya is actually her daughter Anu. Mira asks Pragya if she can call her Anu too. Mira sees Pragya as an older sister and she had an older sister named Anu who passed away. Pragya feels that Rhea is not happy with her father’s second marriage, while Mira notices similarities between Prachi and Rhea.

Rhea tells Abhi that she is leaving but he doesn’t speak well to her before leaving. Rhea blames Prachi for Abhi behaving badly towards her. She swears to get revenge on Prachi. Prachi and Shahana are on the way to the school when their cab breaks down.

Abhi considers paying a visit to Prachi’s mom. Mira tells him that he should meet her once. Abhi’s friend tells him that they have an important business meeting that morning. Abhi decides to visit Pragya after the meeting is done. However, during the day his voice gets heavy with cold and he sounds different.

Along with Prachi and Shahana, Ranbir and Aryan also miss the school bus. Ranbir gets a jeep from one of his friends and decides to drive to the place. Shahana eagerly gets on the jeep. Prachi is doubtful and has a fight with Ranbir but eventually she gives in and agrees to join the group. Stay tuned to find out how the rest of this trip goes.